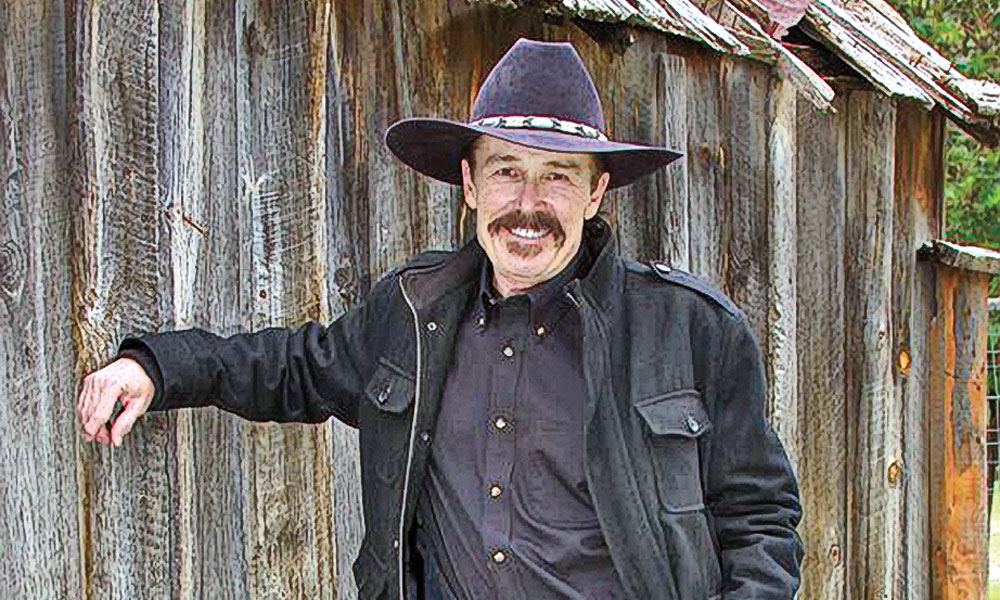 For 15 years, Drew Gomber led tourists on tours of historic Lincoln and Lincoln County in New Mexico, helping them walk in the footsteps of Billy the Kid, follow the paths of people who fought in the Lincoln County War and explore the sites of legendary gunfights. He retired from tours last year to focus on his writing career. He is a frequent contributor to the Ruidoso News and The Tombstone Epitaph and has discussed Old West history on shows for the History Channel, Biography and Discovery.

I got interested in the Old West when, as a six year old, I was watching The Life and Legend of Wyatt Earp, starring Hugh O’Brian. My Dad walked through the room and asked, “You know he was a real guy, right?” I was dumbfounded.

The problem with so many Billy the Kid buffs is that they all want to be the most knowledgeable person in the room.

The crisis in Lincoln in 1878 could have been solved with a partnership.

A tourist once asked me, “Where was Billy the Kid hanged?” Heavy sigh. People on my tours always ask me, “Were Pat Garrett and Billy the Kid really best friends?”

If I could recommend just one book on Billy the Kid, it would be Frederick Nolan’s The West of Billy the Kid.

The problem with Westerns today is most of them are made cheaply and use 1950s B-Westerns as their model. When Tombstone came out, we all thought the 1993 film would herald a change to more historically accurate productions. But they couldn’t go back to the old formats quickly enough—way too many Australian dusters! The best Western, for my money,
is Clint Eastwood’s Unforgiven.

The biggest risk I have ever taken was joining the military in 1968. Enough said.

A history novice should read everything you can get your hands on. You will find that, despite all of the differences in all of the books, a common thread of information runs through all of them, and that is what happened. Usually.

One Old West character I never tire of is Cole Younger. He was a loyal friend, which counts for a lot in my book. I also love how, in his “autobiography” (actually a series of lectures he did), he points out how he has found the Lord. Almost immediately thereafter, he claims the Younger brothers and James brothers had nothing to do with the Northfield raid.

My favorite place in the entire West is Lincoln, New Mexico—despite what the state of New Mexico is currently trying to do to it.

On a road trip, I am the one who always seems to get the wrong seat in the vehicle. Some years back, a bunch of historian friends and I were in northern New Mexico, searching for a particular gunfight site. We traversed roads that would barely pass as trails, and were snow covered to boot. At one point, the driver, a boy scout, lost control of our vehicle, which careened to a stop on a small berm, looking down at about a 500-foot drop. The driver turned to me, as I was seated in shotgun (or, in this case, the “death seat”) and asked, “Sir, are you a religious man?” And at that moment, I was.

To be a perfect guest at my house, you will be nice to my wife and dogs. Even if they are biting you.

Humor is something that makes us laugh, no matter how dumb, but does not hurt anyone, either. The problem with most humor writers today is only they think they are funny.

History has taught me that we need to learn from our mistakes. But who does that?