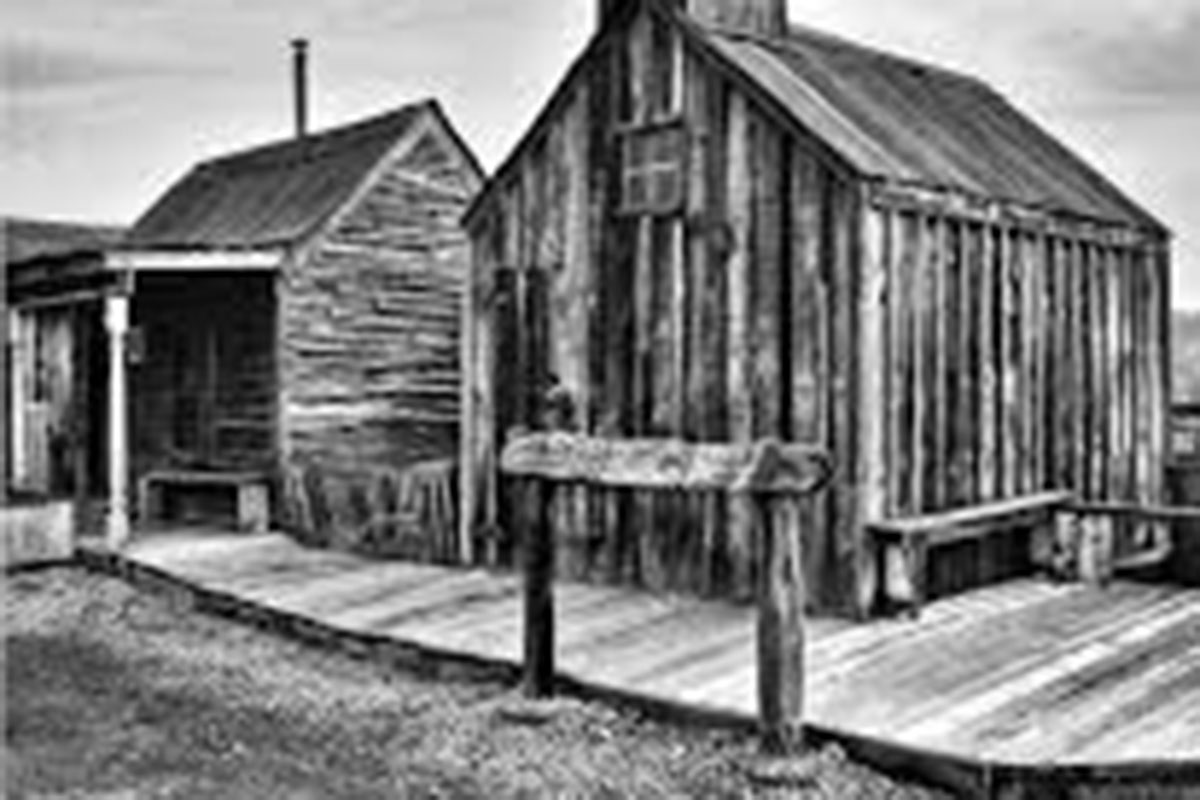 Anyone who’s watched a western movie is familiar with the scene when a cowboy rides into a town, dismounts and ties the reins at the hitching post, (usually in front of a saloon.) There seems to be many techniques from actually securing the rein with a knot to just wrapping the reins around the rail a couple of times. This begs the question; what was the proper method to insure that the horse would not break loose if spooked?

It wasn’t a good idea to “tie a knot” with the reins because if the horse jerked its head suddenly it would snap the reins and could injure the horse. Instead they just gave the reins a couple of wraps around the rail.

If you’re tying your horse to a hitching post it’s best to slip off the bridle and slip on a halter and a lead rope. The two best knots to tie the lead rope to a rail are a slip knot for a quick release or the bowline.

If you were out in the boondocks and planning on leaving your horse for a short spell while you took a siesta, take his bridle off and either put a halter on him and tie him up to an eye-level tree limb. A horse needs to be tied close enough so it can’t get its leg over the rope.  When you tie to a tree limb make sure it’s sturdy and preferably green. If one is in town and plans on staying a while it’s better to take your horse to a livery stable. You could take off the saddle and bridle and turn it loose in the corral.

Tombstone had both the Dexter and the O.K. Corral where a horse could be unsaddled, fed and watered while the cowboy went to “see the elephant.”

If a horse was tied at a rail on the street it’s always best to use a lead rope. Tie the rope with a knot that would pull free if the loose end was jerked but not if the horse pulled back. Many a puncher who rode green broke horses or rough string animals quickly learned it would be asking for trouble if you tied by the reins. The reins might be broken or the bit might injure the animal’s mouth.

The movies might have thought it was more scenic to have the cowhand come riding in and leave his horse anchored to a hitching rail all day while he had a few drinks, played a little poker and paid a visit to one of the girls upstairs. I guarantee the horse didn’t appreciate it.