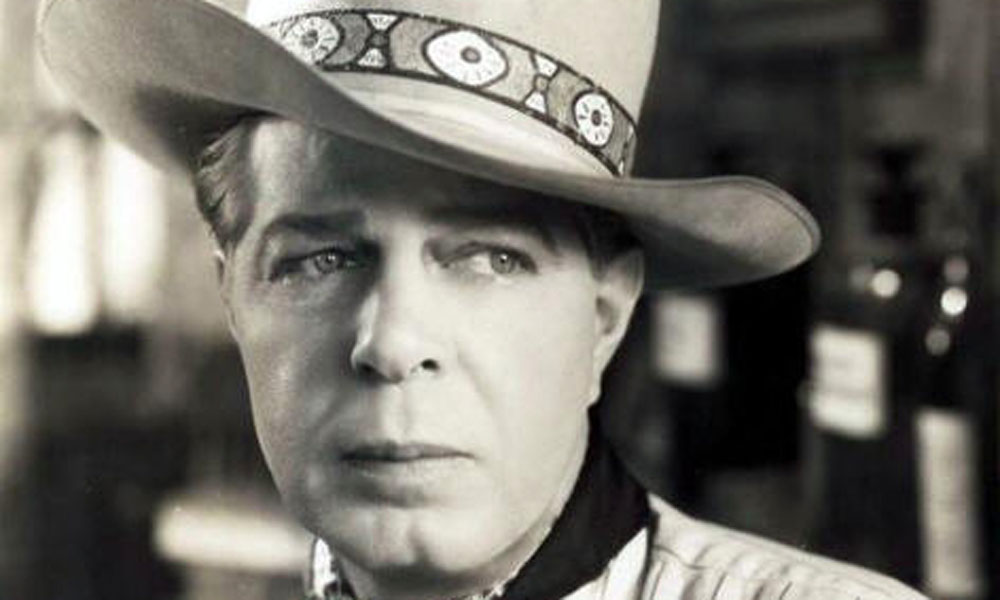 How did Hoot Gibson, the legendary cowboy-actor get his nick-name?

First off, his real name was Edmund Richard Gibson. He was born in Tekamah, Nebraska in 1892. As a teen, he was employed as a cowboy and horse wrangler, and in 1912 at the Pendleton, Oregon rodeo, won a silver-platted saddle and trophy proclaiming him All-Around Champion Cowboy. By then, he’d already been performing stunts in motion pictures for at least two years. In Hollywood, he roomed with a young director named John Ford, who cast him in movies until 1917, when Gibson volunteered for military service and was shipped to France with the Tank Corps. When he returned to Hollywood, his career took off. He developed “a unique screen image as a plain-dressed cowboy with a sense of humor who tried to trick villains instead of shooting them,” notes Bill O’Neal in a 1983 True West article on “Reel Cowboys.”

He made the Hoot Gibson Round-Up an annual Hollywood event—footage of the spectacular riding and roping was used in western films through the 1940s.

His biggest triumph—a real natural for both the man and the actor– was “Spurs,” released in 1930 by Universal Pictures. Gibson both produced and starred in the film, one of the early sound westerns. It focused on a rodeo, which, naturally, Hoot won—a pair of silver spurs and $1,000 prize money. He also won the heroine, Helen Wright. He died Aug. 23, 1962 of cancer.

Now, about that nickname. Legend had it that he was called Hoot because he hunted hoot owls at night. O’Neal, who regularly wrote for the magazine, said that wasn’t it at all. “He acquired his famous nickname when he worked as a bicycle message for the Owl Drug Company.” Now, isn’t that a hoot!