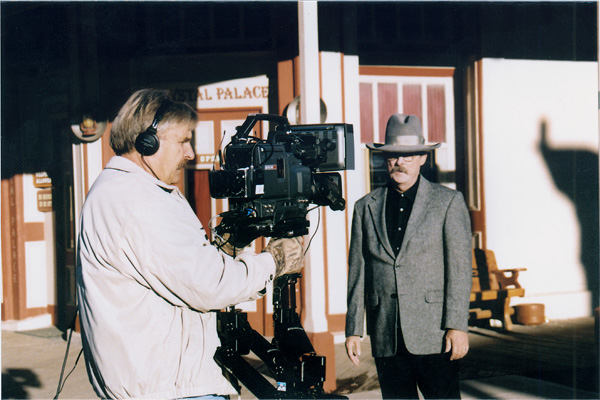 As a lifelong fan of the West, I’m somewhat embarrassed to admit that there’s a few Old West historic sites that I haven’t visited yet. Most glaringly, the Alamo and Deadwood (in my defense, I was on my way to Deadwood in 1996 but a massive snowstorm nixed the trip).

For the past four decades, I’ve traveled mighty distances to quench my thirst for  historic sites. In 1997, I traveled by air, by van and by train, deep into Mexico, to see the Sierra Madre canyons where Geronimo and his tribe had fled (thanks Paul Northrop!).

I’ve also flown to Billings, Montana, and rented a car to make it to the 127th Anniversary of the Little Bighorn Battle and a private tour of the battlefield (thanks Jim Hatzell and Michael Donahue!).

But the oddest trip was one I took in 1969, when I was a senior at the University of Arizona. One quiet Sunday afternoon, I was sitting in my off campus, rented, adobe-style bungalo,  reading about the capture of John Dillinger, who, along with his gang, had been hiding out in “The Old Pueblo” in 1934. Thanks to a grease fire in the Congress Hotel and an alert reader of True Detective magazine, local coppers captured “Public Enemy No. 1” at a rented bungalo at 327 N. Second Avenue. I did a double take and walked outside, holding the book in my hands. Standing in my front yard, I compared the photo in the book with the bungalo next door. Dillinger had been captured next door to where I was living! That’s the shortest trip I’ve ever made to see a historic site.

My Personal Pilgrimages (and the years I finally landed)

• Wyatt and Josie Earp’s Happy Days Mine and campsite, near Vidal, California (1995)

If you’re anything like me, this issue will keep you busy for quite some time. As for my unfinished list, like I said, I’m workin’ on it.