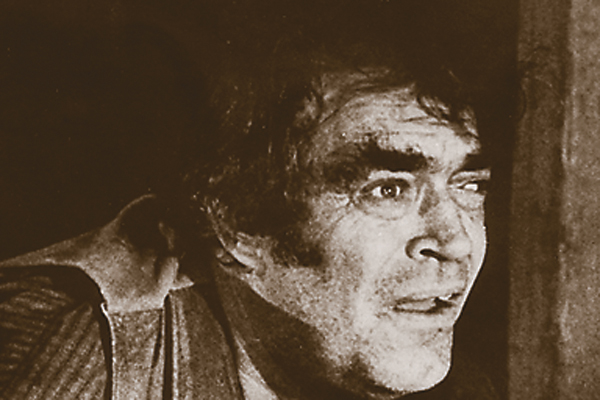 Jack Elam died October 20, 2003, at his home in Ashland, Oregon, after several years of ill health.

He was recently named True West’s Best Western Film Villain in our 2003 Best of the West issue because he was the “bad guy we loved to hate.” When asked about the movie villain of the 1970s, whose bad behavior was often explained away by psychological problems, Elam told the Los Angeles Times, “The heavy today is usually not my kind of guy.”

Originally from Miami, Arizona, Elam was known for his menacing persona and wild eyes. His shifty look was the result of a childhood scuffle in Phoenix, when another boy blinded him in one eye with a pencil. Before making his mark on the silver screen, Elam worked as an accountant, making marks in Producer Samuel Goldwyn’s accounting ledgers. After Elam got a couple of bit parts in the late 1940s, his talent was finally recognized when he played an escaped convict with Tyrone Power in the 1951 Western thriller Rawhide.

Elam’s film career spanned over 45 years and included movies such as Gunfight at the O.K. Corral (1957), Support Your Local Sheriff (1968) and Once Upon a Time in the West (1968). He also appeared in numerous TV shows such as Bonanza, Cheyenne and The Rifleman. In 1994, Elam was inducted into Oklahoma City’s National Cowboy Hall of Fame.

Western movie fans and the film industry have lost a fine performer and consummate professional.