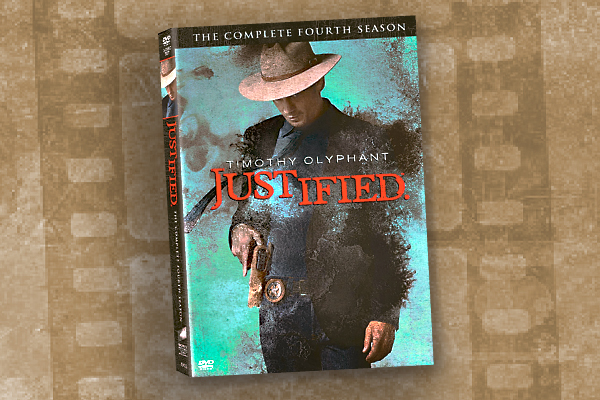 Who is Drew Thompson? That was the single thread of FX’s Justified’s fourth season, with a mystery structure carrying the episodes, rather than hard action from its hard characters. Executive Producer Graham Yost took a gamble here, gathering elements from Elmore Leonard’s novel Raylan and skillfully layering them into this new approach to Justified’s story lines.

Eschewing the familiar is one of Justified’s greatest strengths, and this mystery brought us a season with stunning story arcs for Ava and Johnny Crowder, new characters and a painful closing of the deepest scar in Raylan Givens’s life.

The first episode, “Hole in the Wall,” lights the fuse with the crash-landing of a corpse on a Harlan street 30 years ago.  In the present, Givens is making extra bank bounty hunting, not knowing his life is about to take a bizarre turn, as the manhunt for the dead man from years ago involves his father, a history of crime in Harlan and a new ally. Add to this Boyd Crowder’s new alliances with the mafia and the induction to his crew of an old Army buddy, and the stories seem too diverse to ever come together.

But they do, in the “Money Trap” episode, one of the best uses of time structure I have ever seen, beautifully bringing all of season four together, while setting us up to rocket toward its violent, surprising conclusion.

Of the new characters, Ron Eldard is dead-on as Colt, the strung-out war vet who joins Boyd’s crew. Patton Oswalt as over-eager Constable Bob is the comedy relief of the season, even while he also has one of the most savage scenes yet on the show.

Justified’s heart will always be Timothy Olyphant and Walton Goggins, as they explore Raylan and Boyd; the collision course that they’re on becomes inescapable by the finale.

Extras on the DVD are excellent, particularly “Anatomy of an Episode,” showing episode 12’s gestation from script to broadcast. Season four (Sony Pictures, $55.99) is remarkably strong, from a show that sets its bar remarkably high. As Goggins says in his interview, “It’s poetry. It’s Elmore Leonard.”