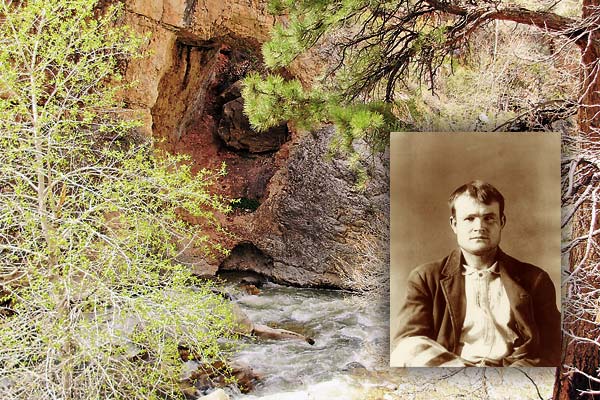 The Old West is easy to imagine in Kaycee, tucked up in historic Johnson County in northern Wyoming.

Butch Cassidy, leader of the notorious Wild Bunch, rode in the region, often using the nearby Hole-in-the-Wall, a little west of town, as a hideout.

Despite Cassidy’s casual attitude toward the law, local legend holds that he was a good neighbor and trustworthy friend.

In April 1892, a gang of hired gunmen shot down rancher Nate Champion.

They claimed he was a rustler; in fact, he was the first victim of the Johnson County War, one of the most significant range wars of the Old West, pitting settlers against ranchers.

Champion’s murder was intended to force out smaller landholders so the large outfits could graze their cattle on unfenced land.

Some saw the big ranchers and their allies—the Wyoming Stock Growers Association—as businessmen forced to take justice into their own hands to protect their assets. But because suspected rustlers were gunned down or lynched with little or no evidence, many saw them as not much more than a cartel of cold-blooded killers.

The David and Goliath nature of the struggle, also known as the War on Powder River, turned the events into something of an archetype for a slew of Western novels, movies and TV shows.

You can see the fabled Hole-in-the-Wall, the Dull Knife Battlefield and other historic sites by signing up for a tour with the Hoofprints of the Past Museum, open from Memorial Day weekend through October.

At any time of the year, head east of Kaycee to check out a stretch of the Bozeman Trail, established in 1863 to connect the rich gold mines of Virginia City, Montana, with the Oregon Trail.

How many hotels offer horse and buggy rides? Or have their own fly shop? KC RV Park & Cabins has both, along with cabin rentals, tent sites and full hook-up RV sites (up to 50 amp).

Sink your teeth into a hefty, half-pound Jalapeno and Swiss cheeseburger, served with a batch of homemade fries, at the Invasion Bar and Grill, a popular place to knock back a whiskey or sip a cold beer.

Kaycee will celebrate its centennial with a Sheepherders’ Rodeo, concert and other festivities at Harold Jarrard Park on August 10.