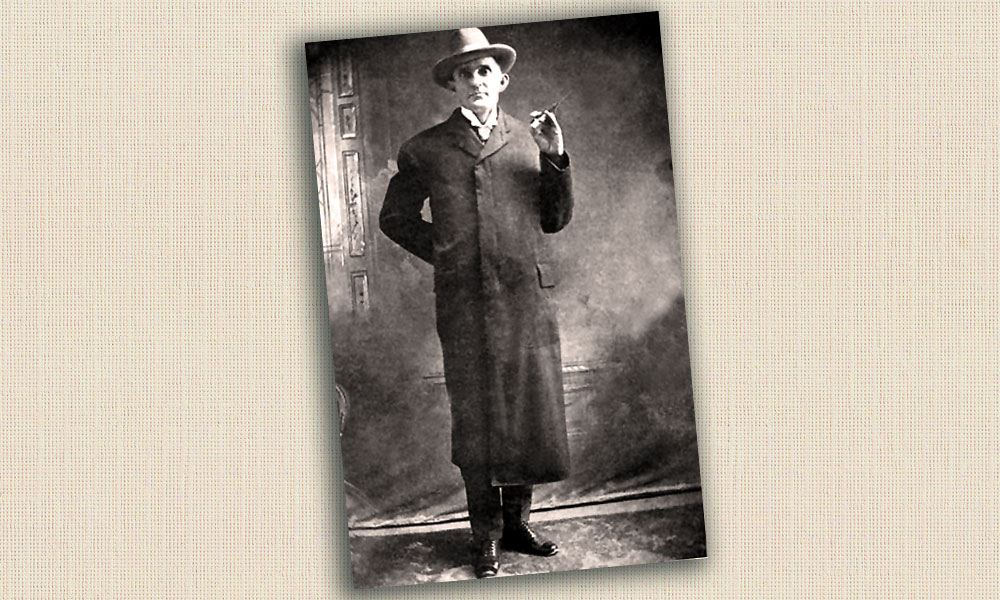 A walking contradiction, Miller is also known as Deacon Jim Miller because he was           an impeccable dresser, didn’t drink or smoke, was a gentleman around women, read the Bible and often attended church. Miller has been described as a “wolf in sheep’s clothing.”

His stock in trade however was that of a paid assassin and most of his victims were shot in the back. He probably didn’t kill fifty men as he claimed but his numbers were likely more than twenty. He usually wore an iron breast plate sewn inside his black frock coat, which he even wore in hot weather. The main tool of his trade was a double-barrel shotgun but he occasionally used a rifle. The legend says his first victims were his grandparents but that’s a tall tale. He did get an early start as a cold-blooded killer. As a young man he was living with his sister and her husband Jim Coop whom he clashed with, so one day he caught Coop sleeping and blew him away with a borrowed shotgun. He was sentenced to life in prison but the decision was reversed on a technicality.

In 1888 he married Sallie Clements, daughter of the notorious Mannie Clements, a cousin of John Wesley Hardin. Three years later he was in Pecos, Texas where he was hired as a deputy by Reeves County Sheriff, Bud Frazer but was fired soon after for livestock theft.

Thus began a feud that wouldn’t end until four years later. In 1892 he ran against Frazer but lost the election. Next, he was appointed town marshal of Pecos where he proceeded to hire several hard-bitten miscreants as deputies.

Miller hatched a plan to assassinate Sheriff Frazer that was exposed and he was arrested. He managed to beat that rap when one of Miller’s deputies gunned down the chief witness for the prosecution.

On April 18th 1894, Frazer and Miller got into a gunfight. Frazer fired several bullets into Miller’s chest and even his friends thought he was a goner. They carried him to his room to find the breast plate inside his coat had saved him.

The feud ended on September 14th 1896 when Miller, approaching Frazer from behind, emptied both barrels of a shotgun into his head. Miller managed to beat the rap on that one too.

Miller continued his career as an assassin working for big cattlemen who hired him to kill nesters. He also killed James Jarrott, the lawyer who was defending the homesteaders.

On February 26th 1909, Miller killed his last man when he assassinated former U.S. Deputy Marshal Gus Bobbitt in Ada, Oklahoma with a double-barreled shotgun. He’d been paid $1,700 by several men profiteering from swindling Indians out of their lands. A posse tracked him down and locked him up in Ada where on April 19th an angry mob stormed the jail, took the deacon and three others to a nearby barn and hanged them from the rafters.