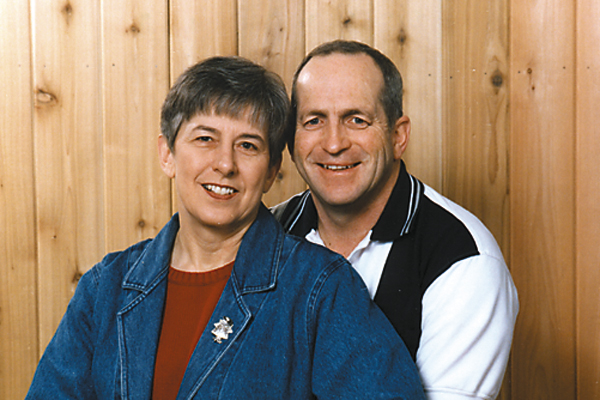 Fretting is something most of us try to avoid.

Kirk Ratajesak, of Seattle, Washington, on the other hand, has made fretting his life’s work. But don’t worry about Kirk’s emotional well-being, for he’s a master woodcarver who specializes in turning pistol grips and rifle and shotgun stocks into works of art.

If you think Kirk’s fretting keeps him continually vexed, then you need to check your dictionary and, perhaps, not fret so much yourself about such things, since the word “fret” has a couple of meanings. Fretwork—the type Kirk does—refers to carving or cutting away the background of a piece of wood, ivory, bone, stag horn or similar material in order to create a decorative design, something Kirk started doing in 1973. Initially, Kirk made miniature furniture—at 1⁄12th scale—and repaired antique furniture moldings, but since 1992, he has concentrated on embellishing firearms, filling a void left by companies such as Winchester and Savage Arms, which stopped offering the service some years ago.

Kirk has displayed his work at the Festival of the West in Scottsdale, Arizona, the Las Vegas, Nevada, SASS convention and local SASS shooting competitions. In addition, his carved pistol grips and gun stocks have been sold in over 20 states, from Alaska to Florida and Massachusetts to California.

Now you can see there’s nothing to fret about.