The nation’s last stagecoach robbery took place on December 5, 1916, at Nevada’s Jarbidge Canyon. Calling it a “stagecoach” robbery is an overstatement. The vehicle in question was actually a small two-horse mail wagon.

Driver Fred Searcy delivered mail and the mining payroll between Jarbidge and the nearest town, Rogerson, Idaho, about 65 miles north. He had only been driving the wagon for a couple of weeks.

On that snowy night, just after six, Searcy approached Jarbidge through the canyon from 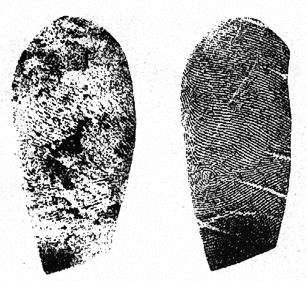 the north. A stranger rushed out of the bushes, stepped onto the back of the wagon  and put a bullet into the driver’s head from close range. Searcy never even had a chance.

A resident heard the gunshot. But when he saw the wagon, driven by someone in a long coat, continue down the road toward town, he assumed all was well.

When Searcy and the wagon, with its roughly $4,000 payroll, failed to show up in Jarbidge, a search party went out around nine. An hour later, the group found the wagon and the driver’s body. At first light, they found other evidence—including a long, heavy black coat worn by the killer.

Investigators had seen a drifter named Ben Kuhl wearing just that kind of coat. He had a minor criminal record and had been working odd jobs. Lawmen arrested Kuhl and two pals, Ed Beck and William McGraw, and discovered a .44 pistol, believed to be the murder weapon. They took the trio to Elko, about 100 miles away, for trial.

Kuhl was the first to face justice, in September 1917. He claimed he was in a saloon the night of the holdup, but witnesses said he left for about an hour. Experts also said a bloody palm print on an envelope, found at the crime scene, matched Kuhl’s—the first time palm print evidence was used in a U.S. court. In separate trials, McGraw testified that Beck owned the pistol, while Beck testified that Kuhl admitted to killing Searcy.

After an 18-day trial, the jury deliberated just two hours before finding Kuhl guilty. The judge sentenced him to death and gave Kuhl a choice—execution by hanging or firing squad. Kuhl chose the rifles.

But he never faced them. After appeals, he received a sentence commuted to life. For nearly 28 years, Kuhl raised chickens at the Nevada State Prison in Carson City.

His friends fared better at trial. McGraw served 10 months behind bars after ratting on Beck and Kuhl. Beck served more than six years.

Nobody recovered the $4,000 take. If you’d like to look for it, go ahead. But Jarbidge is about as isolated as it was 100 years ago. Without paved roads within 20 miles of town, it is almost inaccessible in the winter—just like it was on the night of the so-called last stagecoach robbery.