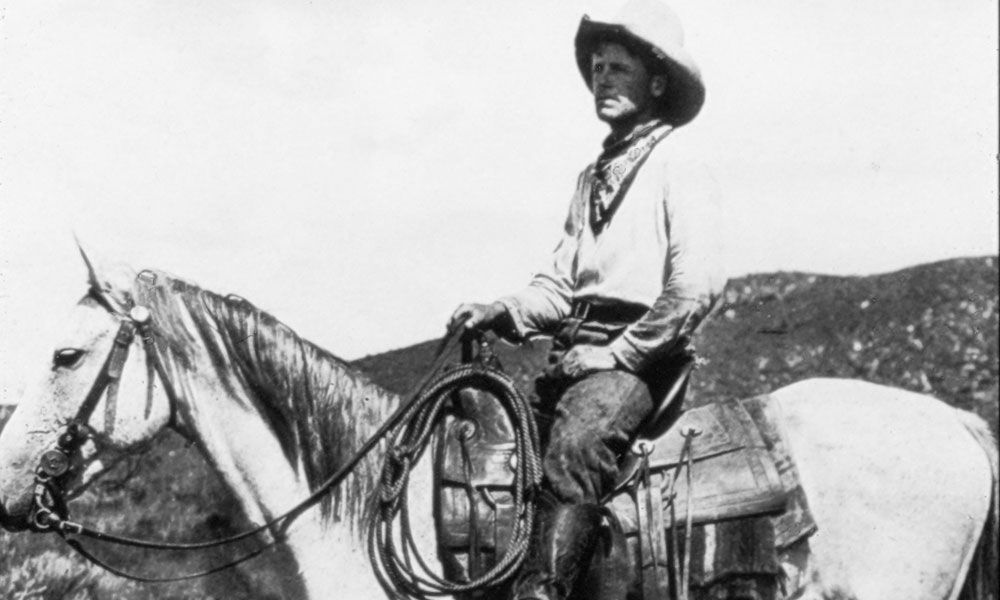 People need heroes and if they don’t have ‘em they have to invent ‘em. The Old West didn’t have that problem because they had an abundance of the real deal. They included hardrock miners, mountain men, railroad gandy dancers, muleskinners, stagecoach drivers, gunfighters, Native Americans, scouts and soldiers.

All are the manifestation of hard work, independence, honest determination, elemental existence and self-reliance. And, in that Land of Giants the hero who stood head and shoulders above the rest was the cowboy. They called him, natures nobleman and America’s rendition of King Arthur’s Knights of the Round Table.

There has never been, before or since, a figure who has held the imagination of so many people, nor has there ever been a figure so misunderstood and misrepresented. Even the word “cowboy” was the personification of the wide gamut of frontier society. Gunfighters, gamblers, outlaws and cowboys are inseparable to but the most discerning student of western history. Often viewed in an overly romantic light, they are idolized and imitated not only in this country but throughout the world—their jeans, shirts, hats and boots have become an international costume.

Down through the years there has been the singing cowboy, drugstore cowboy, rhinestone cowboy, urban cowboy, tragic cowboy and Coca Cola Cowboy.

Traditionally, working cowboys were known for being long on aspiration and short on cash. Wages usually amounted to a dollar a day and found. It was said “all one needed to become one was guts and a horse and if you had guts you could steal a horse. Fire-eating young turk’s came west from all parts of the world and from all walks of life aspiring to become cowboys. A youngster from a large, prominent New York  banking family in could work his way west to Texas, hire out as a hand on a cattle drive to Kansas or Montana and when the drive was over, return to his eastern roots. He might become president of a corporation or a U.S. Senator but those few weeks on the Long Trail and those lessons learned would be what shaped his character until his dying day. Lying on his deathbed his thoughts would return to his days as a cowboy. An old rancher-turned-politician told me that many years ago and I’ve never forgotten it.

In reality, there was little glamour in the endless hours of riding fence, doctoring screwworms, gathering strays or pulling a cow brute out of a bog then having her run up the rope and try to gore horse or rider. The brutal physical punishment and long hours working cattle took its toll. Bodies got stoved up prematurely and parts of fingers turned up missing when they got caught while taking up a dally. The elements turned skin to leather and wrinkled faces prematurely. Still, they were a breed apart and preferred the vicissitudes of a cowboy’s life to that of any other occupation.

Remember, this was the Industrial Age where working class men, women and children lived in crowded dwellings in smoke-filled cities, breathing fowl air, working fifty-hour-weeks, always under the watchful eye of some supervisor or foreman and for lousy wages.

Compare that to the life of a cowboy, sitting atop a horse, breathing that clean air, midst all that beautiful country. And, you were pretty much your own boss. ​

Yep, that’s why those punchers, peelers, waddies, call ‘em what you want, were the true aristocrats of the working class.

Gunfighters Were Products of Their Violent Times