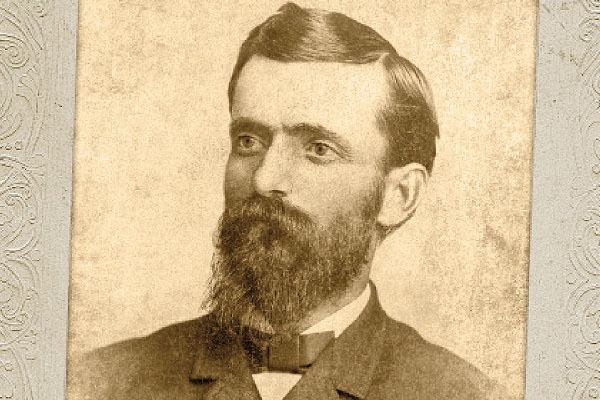 When Lewis Kingman peered down into the wasteland abyss of Arizona’s Diablo Canyon, the topography was a world away from the sandy dunes of his native Massachusetts.

On that day in 1880, the renowned civil engineer’s frustrated focus was measuring inches of rail rather than miles.

The bridge span built off-site was too short to cross the vertical drop. Kingman now faced unplanned construction delays that would soon create the unintended consequence of a legendary railroad boomtown: Canyon Diablo.

The bridge delay turned a moving collection of “small businesses” accompanying the construction into a makeshift settlement on the canyon’s eastern edge. Legend has it that Main Street was soon known as “Hell Street,” with nearly 2,000 residents roaring through 14 saloons, 10 gambling houses, four brothels and two dance halls 24 hours a day. The New England engineer descended from Puritans had probably never witnessed such mischief and mayhem. When the bridge was finally completed 19 months later, the boom-town slowly disappeared and Kingman’s bridge and trestle crew proceeded to his next cross-country obstacle.

During his five-decade career, Kingman constructed 3,800 miles of railroad through the southwestern United States and Mexico.

Born February 26, 1845, in the town of North Bridgewater, Massachusetts, and attending public schools, Kingman’s childhood was “common to that of the average Massachusetts farm boy,” reported Santa Fe Magazine in 1914.

In 1862, his father made arrangements for his son to study and work for the Boston engineering firm Shedd & Edson.  The family paid $100 for instruction and Kingman was paid for work performed.

The firm’s design experience was excellent for Kingman: measuring railway inclines from under four feet of snow and lengthening the Lowell Railroad traversing marshland.

In a few years, Kingman struck out on his own and into the chaotic boomtown of Oil City, Pennsylvania.  He drilled wells, and made and lost lots of money until the 1868 Bust. With a former fraction of his savings, he relocated to the Atlantic & Pacific Railroad headquarters in St. Louis, Missouri.  His first “command” was building 12-miles of railway.

From 1871 to 1873, Kingman surveyed in Colorado and New Mexico, mapping the rail route over Alpine Pass, Platte Canyon and Ute Pass to Colorado Springs.

By 1880, Kingman was surveying road (and bridge) sites for the Atlantic & Pacific Railroad (later known as the Atchison, Topeka & Santa Fe Railway) across the Arizona Territory, to connect Albuquerque, New Mexico Territory, to Needles, California. Kingman located a railroad siding, which would become the town of Kingman in 1882, strategically near the crossroads at Beale’s Springs. Kingman eventually became the Mexican Central Railway’s chief engineer from 1895 to 1907, constructing 1,000 miles of railroad lines south of the border. After the Mexican Revolution, the government nationalized the railways, and Kingman left the field for an office position in Mexico City until his death on January 23, 1912.

“The world of ours is very much as we make it,” Kingman wrote in a 1907 family history for his descendants.