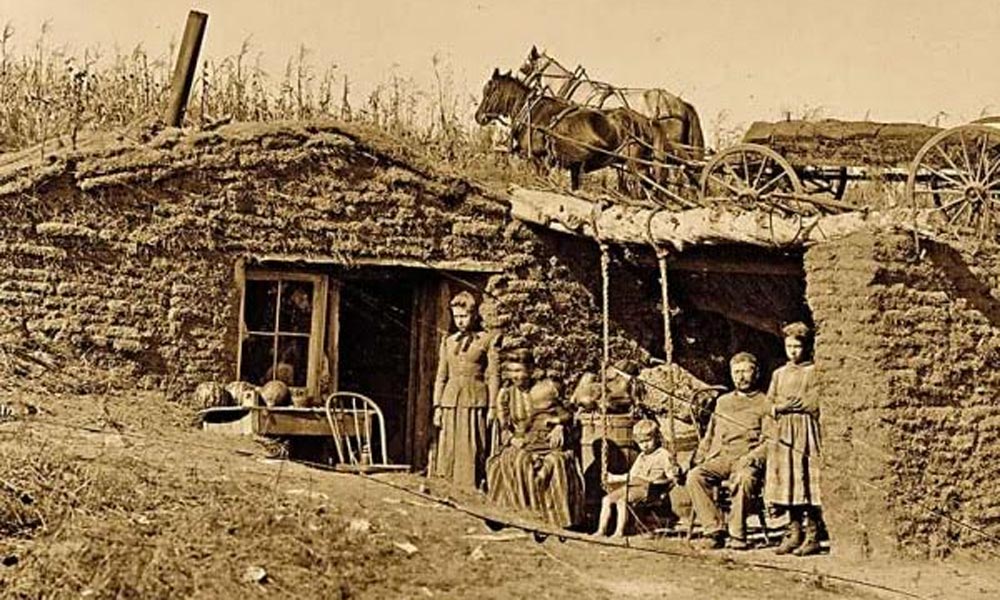 When the farmers got west of the 100th meridian they found themselves in short grass country where the grasses were gramma, needle and buffalo. The annual rainfall at 10-20 inches was more than half that in tall grass country. The free 160 acres they got with the Homestead Act would have sustained them in the well-watered lands of the 100th meridian but out on the plains it was barely enough to support a subsistence farm much less enough to raise a cash crop.

Once on the land he had to build a shelter for his family, usually a tent made of sheets and blankets. Because of the howling wind it was better to dig a hole or a cave in the side of a hill until he was able to build a sod house. These were dank, dark and often overrun with bugs and snakes.

After the house was built it was time to plant a crop. During the 1870s-1880’s there was still plenty of wild game to keep a family from going hungry. The men spent their days in the fields and the women trying to keeping the house in order and trying from getting pregnant every nine months or so.