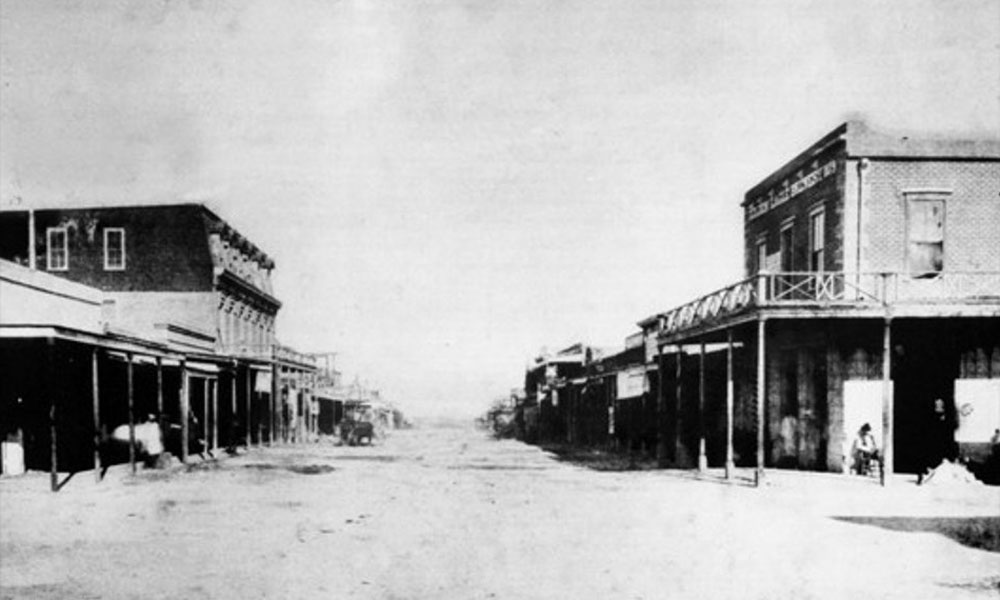 While looking through the dog-eared copy of one of my favorite authors and mentor, Dr. Leland Sonnichson’s Billy King’s Tombstone, I see that, contrary to a lot of western movies, Tombstone was a pretty sophisticated city in its day.

The Arizona Telephone Company began installing poles and lines for the city’s first telephone service on March 15th, 1881. Just think, Wyatt Earp, on his way to the gunfight could have said, “Virgil, hold on a minute while I take this call.”

Nine out of ten of the early inhabitants were quiet and respectable homebodies. It was the noisy minority that kept the double doors swinging all night, the glasses clinking and the chips changing hands. There were a hundred and ten saloons to quench the thirst of the Tombstonians, fourteen gambling halls relieve them of their hard-earned cash, several Chinese, French, Italian, numerous Mexican restaurants and several upscale continental establishments. Other popular “home cooking” spots including Nellie Cashman’s famous Rush House.

Over on the northeast corner 6th Street and Allen was the red light district, a site that would eventually be the location of Tombstone High School.