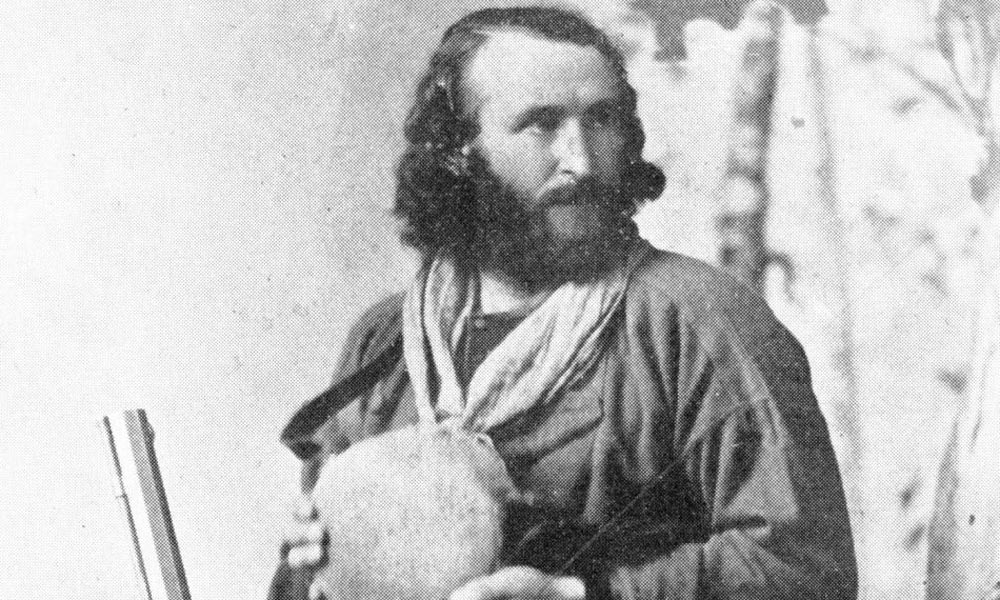 The story of rags-to-riches prospector Ed Schieffelin and his Lucky Cuss Mine is one of Arizona’s greatest Horatio Algier success stories.

In 1877, after years of fruitless prospecting in Nevada, Montana and California, Schieffelin came to Arizona. He was not yet thirty years old but he looked closer to fifty. The hard toil and harsh climate had taken its toll on the incurable sourdough. His long, dark, unkempt hair hung down past his shoulders and his full beard was a tangle of knots. He’d taken up prospecting with his father before reaching his teens. He’d been on his own since he was seventeen and by the time he was twenty he’d been in just about every gold camp in the West, eking out a living panning for placer gold. He later wrote that he had a regular job for a year and a half but quit saying, “I was no better off than when I quit prospecting and not half so well satisfied.”

He arrived in Arizona in early 1877 and soon he was on his way to what would soon become Cochise County.

The Chiricahua Apache had recently been moved to the reservation at San Carlos and with the exception of a few bands of renegades, the area was open for prospecting.

One of those renegade bands was led by Victorio. Unhappy with reservation life he and his sister Lozen, along with their followers bolted the reservation that same year and was ravaging northern Mexico and southern Arizona and New Mexico.

Schieffelin joined a party of soldiers on their way to construct Fort Huachuca and when he told them he was going prospecting they laughed and said, “All you’ll find out there will be your tombstone.”

Schieffelin was determined to find more than his tombstone.  He enlisted his brother Al, and a brilliant assayer named Richard Gird and the three set headquarters in the old Brunchow cabin overlooking the San Pedro River in today’s Cochise County.  Each day he combed the nearby mountains and each time the results were the same, the ore was too low grade to be profitable.  Then one day he brought in some ore specimens from an area a few miles northeast of the cabin.  Gird assayed them out and with a big grin said, “Ed, you are a lucky cuss.”

He named the mine the Lucky Cuss and it went on to become one of Arizona’s richest silver mines yielding 1,500 dollars silver to the ton in silver and 1,500 in gold. Tombstone’s total yield in gold and silver in today’s dollars amounted to some $1.7 billion

The trio later staked out several other claims in the area and soon a town grew up around the mines.  In honor of the soldier’s grim warning, Schieffelin named the town Tombstone. The rich silver mines made Tombstone the richest of all towns in the West.