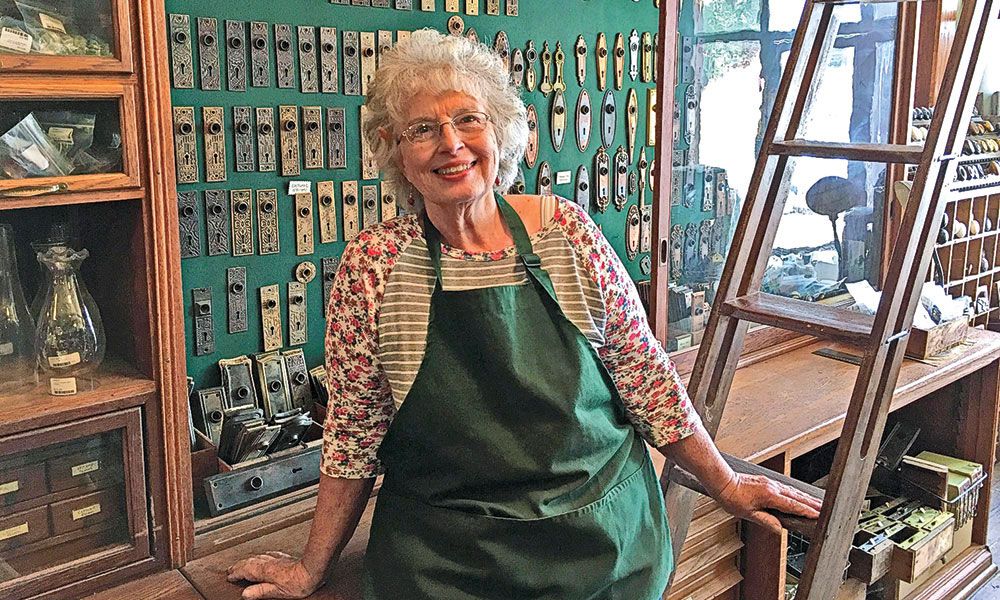 Margaret Kraisinger augments her husband Gary’s maps and field research with text about Texas’s cattle trails. Their third book is The Shawnee-Arbuckle Cattle Trail 1867-1870: The Predecessor of the Chisholm Trail to Abilene, Kansas. In 2015, Margaret became the first women inducted into the Kansas Cowboy Hall of Fame in Dodge City. In 2016, the couple received the Wrangler award from Oklahoma’s National Cowboy Heritage Museum and the Six Shooter Award from the Wild West History Association for their second book, The Western Cattle Trail, 1874-1897: Its Rise, Collapse and Revival. For the past 20 years, the Kraisingers have maintained a restored 1885 hardware store in Halstead, Kansas.

I am the descendant of Kansas homesteaders; the Old West is in my blood. I grew up on the open plains of western Kansas where one can see all four horizons. Still today, six decades later, it is God’s country to me, and I understand why the Texas cattle drovers wrote about the Plains of Kansas in their recollections.

Mother taught me the love of literature. She read the classics to me before I could read. In middle school, I became obsessed with Zane Gray’s novels. When I stepped on a college campus, at the age of 18, I wanted to major in literature.

My passion for literature and writing met its match when my  husband, Gary, and I started researching cattle trails. We lived in Texas, Oklahoma, and Kansas, with a child born in each state. The Old West cattle trails were in our neighborhoods.

Because fake and fictional history is often blended with historical accounts, the challenge for the reader, researcher and writer becomes the chore of separating the weeds from the seeds.

My favorite Western films are the ones about cowboys driving Longhorns across the Plains—1948’s Red River, 1958’s Cowboy, 1989’s Lonesome Dove and 1970’s Monte Walsh.

The first book I read about cattle drives was J. Marvin Hunter’s The Trail Drivers of Texas. This volume always stays within an arm’s reach. After at least a dozen readings, I still find tidbits of information.

The only movie that depicts the transition from the use of the older Shawnee Trail to Missouri to the newer Abilene Trail (later the Chisholm Trail) in 1867 is the 1948 Western Red River. The conflict between the two drovers was over which trail to follow.

A trail drover’s story everyone should read is E.C. Abbott’s We Pointed Them North. “Teddy Blue,” as Abbott was called, traveled the Western Trail from Texas to Montana three times. His experiences, as told to Helena H. Smith in 1938, are based on those drives.

The Western Trail was the last and largest south-to-north cattle trail system. The final herd to leave Texas for Montana, after a 50-year period of cattle driving over the various trails, was from the XIT Ranch in 1897.

An overlooked historic site on the Chisholm Trail is Elm Springs, in Kansas. This natural spring and waterfall is located a day’s ride south out of Abilene near the Marion County line. Here cowboys could rest and shower before driving the herd to Abilene.

We should remember the trail driving days because, from this short 50 years of history, the American icon, the cowboy, was born. This image is recognized the world over.