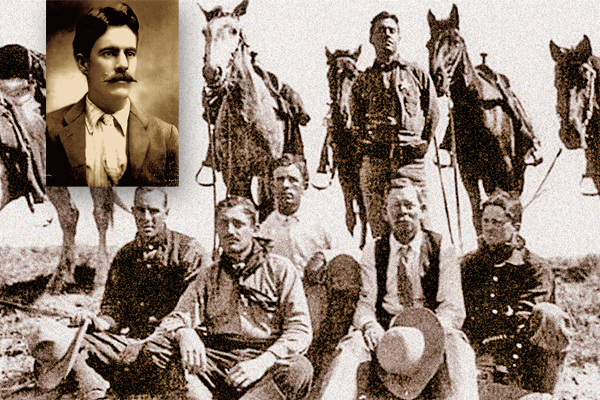 A lot of folks out there are investigating history—and that’s a good thing, or else this column would not exist and yours truly might be out of a job.

But few of them happen to chance upon undiscovered materials. Even rarer is the case of two people independently finding the same historical fact.

One recent example of this involves the 1907 Arizona Rangers General Orders written by Capt. Harry Wheeler.

Wheeler was a law and order, by-the-book kind of guy. To keep his Rangers from behaving badly (which they were), he wrote up seven general orders. The first six covered a variety of do’s and don’ts—like don’t hang out in bars or brothels, do enforce gambling laws, stay out of Mexico, treat prisoners humanely and carry out your duty with honor. The seventh rule demanded that the lawmen follow orders (which seems obvious, but apparently some of the men were a little too independent for the good of the force).

The new policies didn’t go over well. In the two years of his captaincy over the 14-man force, some 24 officers left (not a good retention rate). Some resigned of their own accord. But Bill O’Neal, Wheeler’s biographer and an expert on the Arizona Rangers, says the captain forced several of them out, including some who just wouldn’t do what they were told to do.

They ran afoul of General Order #7.

Somewhere along the line, after the Rangers were disbanded by the legislature in 1909, Order #7 was lost to history. Just how that happened is not clear.

The original document, in the Arizona State Archives, may hold a clue. The first six orders are on one page. The last one is on another page.

Over the years, researchers such as M. David DeSoucy and Bill O’Neal have missed the last order. And these guys are no slouches when it comes to sniffing out the facts.

Others did eventually locate it.

In 2004, Chuck Hornung was putting together his book on the New Mexico Territorial Mounted Police and needed some information on the Arizona Rangers. He went to the state archives, found the second page with the “missing” order and included it in his book Fullerton’s Rangers.

But for whatever reason, the existence of the seventh order was still unknown to most folks in the Old West field.

Then, in 2009, while overseeing the Arizona Ranger Museum in Nogales, Gary Friedman was conducting some research as the historian for the Tucson Company of the Arizona Rangers, a group formed in 1957 to honor the legacy of the territorial law enforcement agency.

When he saw a copy of Wheeler’s General Orders, he was stunned to discover the elusive #7 on the back. The modern Rangers publicized it as a “new find.”

This tale serves to show that even in the small world of Old West history, researchers would be wise to improve on communications with others in the field.

As far as the seventh order goes, its existence does not change our view of the Rangers, or of Capt. Wheeler’s attempts to bring order to these Wild West lawmen. Yet it does reinforce the group’s problem of insubordination.

Thanks to Chuck Hornung and Gary Friedman, we all know that nugget of Arizona Ranger history.