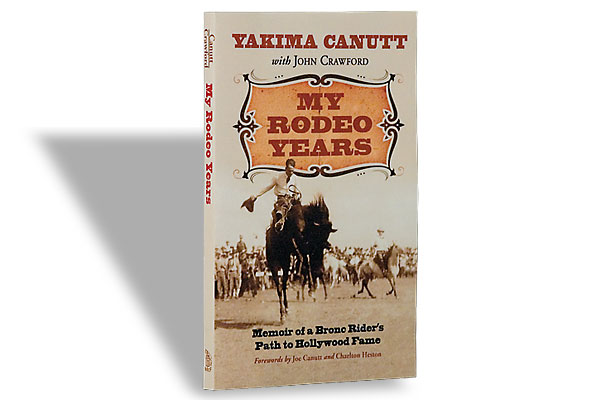 My Rodeo Years is a double barreled chronicle of a Northwest farmboy hooked on rodeos and bucking broncs.

When his big brother was spilled by an unbroken Rannyhan, 11-year-old Enos Canutt climbed on and stuck tight! This was the first wild ride on a bronc-busting trail to Oregon’s Pendleton Round-Up, where he earned his 1917 win of the National Police Gazette’s Belt for the All-Around Cowboy Championship of the World.

Now billed as Yakima Canutt, thanks to that livewire town, he served in 1918 as a gob (sailor) for the U.S. Navy, breaking horses for the French, but he lost the title when WWI ended. He returned to the rodeo circuit, battling legendary riders Bill Pickett and Jackson Sundown while forking pure poison ponies such as Bootlegger and No Name, and Yakima nailed the 1919 Pendleton again.

In the 1920s Hollywood hired Yakima as a stunt man for dozens of silent Westerns. His superb horseback skills—performed while doubling for hefties such as Clark Gable, Charlton Heston and John Wayne—caught director John Ford’s one good eye. Together, with Yakima’s unique action directing, they made 1939’s Stagecoach—and the Western grew up.

Liberally laced with great action shots, this account of a man in a real man’s world is unforgettable.