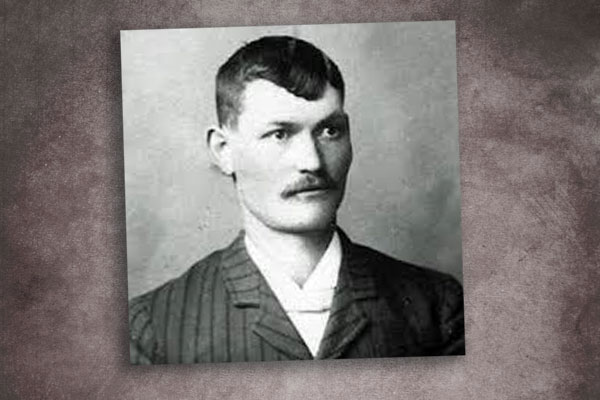 Nate Champion was the working-class hero in the Johnson County War of 1892 that pitted Wyoming’s big ranchers, the Wyoming Stock Growers Association, against the small ones of whom Champion was a member. He’d been a top hand on several ranches, was a good cowboy, good with a gun and respected by his peers.

He helped organize the Northwest Wyoming Farm and Stock Growers Association for small ranchers and helped create a competing spring roundup after the large ranchers wouldn’t allow the small ranchers to join their annual roundup. Champion incurred their wrath when he grazed his cows on the public range claiming he had as much right as the big ranchers did.

The barons didn’t appreciate his defiance and their newspapers in Cheyenne branded him “King of the Cattle Thieves” and leader of the “Red Sash Gang”. This marked him for death even though WSGA attorney Willis Van Dementer told them there was no evidence Champion was a rustler.  And there was no Red Sash Gang.

On the morning of April 9, 1892 a fifty-man band known as the Invaders with 22 hired guns shipped in from Texas attacked Champion’s ranch. They shot and killed Nick Ray as he stood in the doorway. Alone, Champion held the Invaders off for several hours until they set fire to his cabin. With a knife in one hand and a pistol in the other he charged out the back door and was shot dead.

The large ranchers killed their nemesis but created a martyr. Nate Champion will live forever in the hearts of the small ranchers of Wyoming.