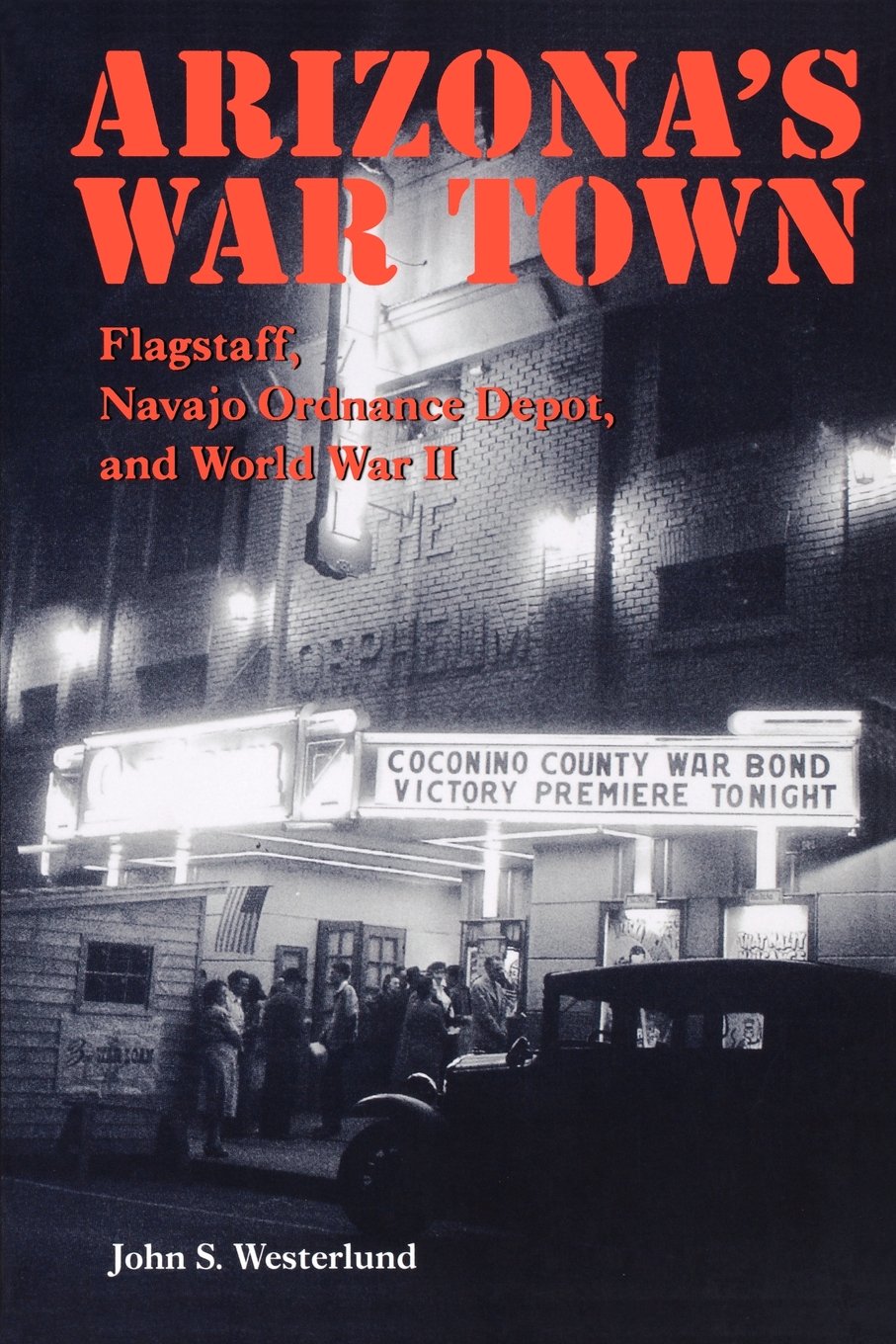 While young Navajo men were away, secretly helping win the war as Code Talkers with their unbreakable code, hundreds of Navajo Women also did their part to help America win World War II.

They stayed closer to home, in what became known as “Camp Navajo” near Flagstaff. Its official name was the Navajo Ordnance Depot, and its primary use was to store ammunition used in the Pacific Theater. And what a place it was! It spanned over 44 miles, making it the largest military installation in Arizona. It included 800 ammunition bunkers, each the size of a 2,000-square-foot house. It had a work force of 8,000 laborers, including some 3,500 Navajos and Hopis, mainly women. It made Flagstaff a boom town overnight as families poured in from nearby Indian reservations and as far away was the Midwest and the South.

Author John S. Westerlund has captured all this in a fascinating book called “Arizona’s War Town,” published by the University of Arizona Press in 2004. Its jacket copy notes: “Few American towns went untouched by World War II, even those in remote corners of the country. During that era the federal government forever changed the lives of many northern Arizona citizens with the construction of the US. Army ordnance depot at Bellemont, ten miles west of Flagstaff. John Westerlund now tells how this linchpin in the war effort marked a turning point in Flagstaff’s history. One of only sixteen munitions depots built between 1941 and 1943, the Navajo Ordnance Depot contributed significantly to the city’s rapid growth during the war years as it brought considerable social, cultural and economic changes to the region.”

Westerlund notes that the prosperity brought “unanticipated consequences: racism simmered beneath the surface of the town as ethnic groups were thrown together for the first time; merchants called a city-wide strike to protest emerging union activity; juvenile delinquency rose dramatically; Flagstaff women entered the workforce in unprecedented numbers, altering local mores along with their own plans for the future.”

He also spotlights the cultural change for the thousands of Navajo and Hopi employees, who had to adjust to life off the reservation.

The book gives an important insight into that special time in American history. And it notes the depot continues to this day, now used as a training facility by the Arizona Army National Guard.