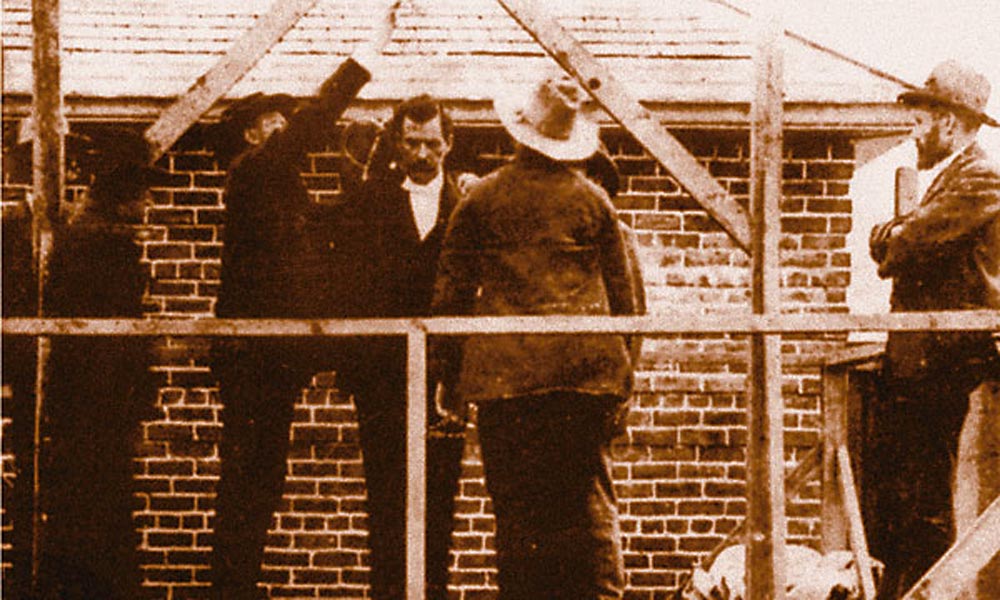 One place nobody wanted to be on April 25, 1901, was the front rows of spectators at the New Mexico hanging of Black Jack Ketchum.

Ketchum was a notorious outlaw and feared gunman, but he was an unimaginative robber, always robbing the same stagecoach or train over and over again in the same location.

He was wounded with buckshot at a poor attempt on August 16, 1899 in Arizona Territory and taken to Santa Fe to face trial, where he was easily convicted and sentenced to hang.

When the day came, he put on his best bluster and told witnesses standing at the foot of the gallows, “I’ll be in hell before you start breakfast, boys!” He didn’t stop there. As the noose was put around his neck and a black hood was placed over his head and face, he yelled, “Let her rip!”

Truer words were never spoken. The executioner pulled the level and Ketchum dropped to his death. But the hangman hadn’t properly fixed either the rope or the weights on Ketchum’s legs, and that meant the outlaw went through the drop at a terrific speed. He was decapitated. And the gore from the headless body soaked the front rows of visitors. Ugh!