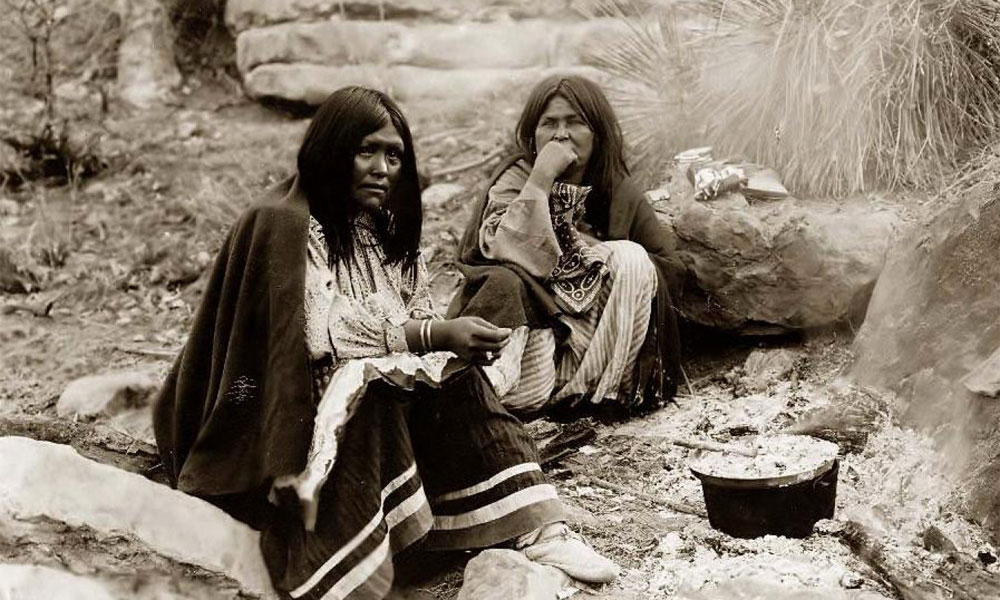 “Arizona’s pioneer cookery is the aroma of salt pork and beans simmering over a prospector’s open fire, the clatter of tin plates as hungry cowboys devour son-of-a-gun stew, and steaming tamales at a Mexican fiesta. It is also Indian women grinding corn into meal on stone metates, cauldrons of soup in a company’s mess tent, and Mormon pioneers preparing the fruits of their fields.”

That’s how Daphne Overstreet begins her Arizona Territory Cook Book, 1864-1912. It’s a wonderful little book filled with history and recipes—all giving insight into the lives of pioneers who called Arizona home in its earliest days.

She starts with its first residents, Native Americans. “The importance of wild foods in the Indian diet cannot be overestimated,” she reports “In a region where agriculture was difficult and crop yields uncertain, survival often depended on knowledge of desert plants.”

Perhaps the most important desert plant was the agave, or century plant. Apache women made its harvest a social event. “They would pry up the plants with long pointed poles, and then chop away the heavy leaves until only the heart of the plant remained. After two or three dozen were collected, they were baked for two days in a rock-lined pit covered with bear grass and earth. The sweet-tasting heart was eaten fresh from the pit, or dried and ground into meal for future use as gruel.”

Meanwhile, the fruit of the saguaro was used to make syrup and ceremonial wine. Mesquite beans were ground into flour for bread and mush. “Every part of the yucca was useful,” she says. “The Navajos munched its stalk, the Hopis made soup from its roots, and several tribes boiled the flowers and ate them with seasoning.” In the fall and winter, pinyon nuts were the treat. Apaches also considered pinyon mush excellent for babies. The Havasupais would roast the nuts by shaking them with hot coals in a basket. Afterwards, they were shelled, ground and made into cakes or boiled as gruel.

Overstreet notes that until the Spaniards arrived in the 16th century, the only crops grown by Arizona Indians were corn, beans and squash. Corn has always been the most important cultivated crop to Native Americans, especially the Hopis, who believe the first corn was given to mankind as a gift from the gods. It’s also an important part of Hopi courtship. A Hopi maiden would make two small cakes of blue cornmeal and meat and tie them in white corn husks, giving them to her favorite suitor during the Bean Dances in February.

The Spanish introduced chili, wheat, melons, peaches and apricots, along with horses, sheep, goats and cattle—a particularly important moment for the Navajo, who began pasturing sheep and goats and mutton became their main food.

For a taste from Arizona’s “first cooks,” here’s Navajo Blue Bread: Place 2 tablespoons of juniper ashes in a bowl and add boiling water. Sir well and strain. Add water to 2 cups finely ground blue cornmeal to make a dough. Roll about 2 tablespoons of dough into a ball and flatten into a cake. Bake on a greased griddle 10 minutes on each side.