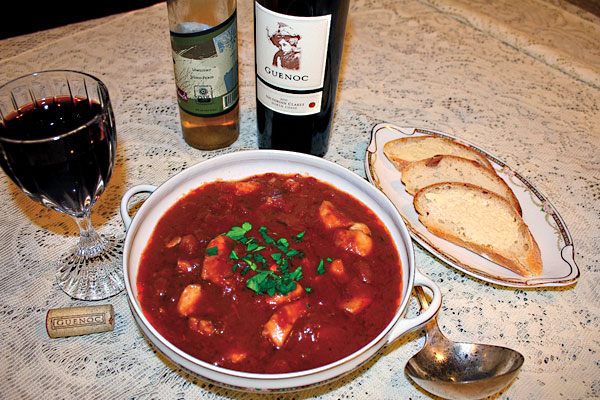 Olive trees made their way to California by way of the Spanish Missions run by Franciscan priests who imported the trees in the 1700s.

In December 1860, the California Farmer and Journal of Useful Sciences reported Downing’s viewpoint: “It is not improbable that the time will yet come when the United States, instead of annually paying millions of dollars to Europe for the single article of olive oil, will not only produce this article plentiful enough for domestic consumption, but in such quantities as will make it one of the permanent exports of the country.”

By March 1869, Downing’s vision was coming true as California produced its own olive oil, first used as sickness remedies for rashes, burns, earaches and headaches. By the early 1870s, California orchard farmers were shipping large amounts of their olive oil around the U.S. Americans had to adjust from thinking of olive oil as medicine to food.

This demand for a native product may have been spurred by 1870s reports of fake French olive oils. Rumors had spread that U.S. olive oils were being exported from Ohio, shipped to France and then shipped back to the U.S. as imported French olive oil.

To make olive oil, cooks crushed the fruit and extracted the oil, allowing it to settle. “At the old Catholic mission in Santa Barbara, there is oil that has been kept for years without losing any of its original virtue. We have been in the habit of getting very little of this ‘virgin oil’ from abroad,” wrote Mary Cone, in her 1876 book Two Years in California.

In a second crushing, when pits were cracked and the pulp more finely mixed, an inferior oil was produced. Additives also lowered the quality. In the 1880s, California olive oil was adulterated by using cottonseed and sunflower seed oils. The doctored olive oil fell out of gastronomic fashion by the 1900s.

One southern California olive farmer had fun with Eastern visitors as they arrived at a nearby train station. He knew many people from the East falsely assumed olives from the tree tasted just like they did from the jar. He put up a box, filled it with fresh-picked olives and nailed up a sign that read, “Fine, fresh, ripe olive. Free. Help yourself.”

Passengers rushed to the free olives and bit into them. “Then there is a combined howl and a great deal of expectoration and disgust, for the delusive fruit are nearly as puckery as persimmons,” reported North Dakota’s Grand Forks Daily Herald, in an 1894 article with the headline, “How a California Planter Amuses Himself at the Expense of Innocent Travelers.”

The planter watched from a hidden summer house near the station and called the spectacle a sure cure for the blues.

For a tasty dish that pays homage to California’s olive oil heritage, try the 1883 recipe from San Francisco.

1 lb. fish, such as sea bass or halibut

Cut fish into one-inch cubes. Place cubes with olive oil in a bowl, and salt and pepper the fish. Refrigerate.
In a large stockpot, melt the butter over medium heat and add the onion, cooking it until golden,
about five minutes. Add the flour and cook for one minute. Add the cayenne, wine and tomatoes. Stir until blended.
Add the fish. Stir and then cover. Simmer for 30-45 minutes. Do not stir or the fish will break.
Garnish with chopped parsley. Serves two.