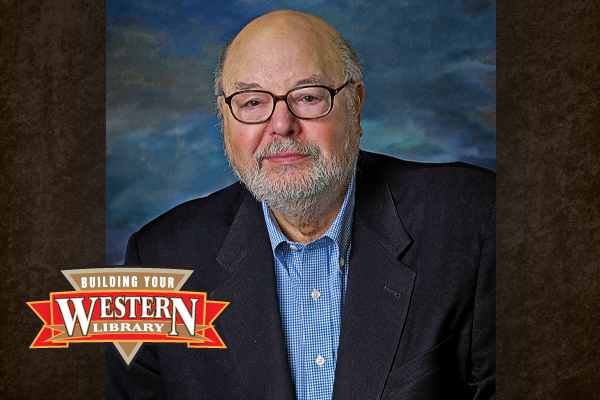 Raised in Manhattan, Spur Award-winner John Lubetkin’s first experience of Custer Country was in the early 1950s as a summer camper on a month-long caravan across the West. A history major, he graduated from Union College in Schenectady, New York, served in the military and received a M.A. from New York University.

Before becoming a published author, he spent 32 years as a cable TV executive, co-founding two cable companies and the Learning Channel.

While back for a reunion at Union College, Lubetkin visited his fraternity and rediscovered a book he had read while in college. His chance discovery led him to write his first book, Union College’s Class of 1868. Since then, he has published five books, including his third for the University of Oklahoma Press, Before Custer: Surveying the Yellowstone, 1872, and his recently published first historical novel, Custer’s Gold (Bookstand Publishing). When Lubetkin is not on the research trail out West, he is at home with his wife, Linda, in McLean, Virginia.

He promises you will love these master works of history:

1 The Lance and the Shield: The Life and Times of Sitting Bull (Robert M. Utley, Henry Holt & Co.): There are a limited number of books about Indians that are well written, by authors well-versed in the subject, and with thorough and documented research, which the reader subjectively feels is accurate and balanced. One such book is Utley’s splendid biography of Sitting Bull.

2 Montcalm and Wolfe: The French and Indian War (Francis Parkman, BiblioLife): If you like mysteries and think Conan Doyle has never been bettered, you’ll want to know that that’s how I feel about Parkman. I won’t claim I’ve read every word in his sixteen books on the 17th- and 18th-century American-New France frontier, but no author’s work is more exciting.

3 A Short History of the Civil War: Ordeal by Fire (Fletcher Pratt, Dover): I first read Pratt’s Ordeal by Fire in the seventh grade and have re-read it for years. While the book follows the don’t-ruin-a-good-story-with-fact school of writing, it remains a graceful masterpiece. After reading it, I was hooked on the Civil War.

4 Men of Wealth: The Story Of Twelve Significant Fortunes From the Renaissance to the Present Day (John T. Flynn, Kessinger): Most True West readers may not have heard of Flynn because he wrote about  businessmen and businesswomen. When I first read his Men of Wealth, I was astounded by how absolutely fascinating robber barons are and how they impacted historical events. There’s quite a bit about Jay Cooke in this book, but the real surprise was the essay on J.P. Morgan and how he sold defective Belgian rifles to the U.S. Army in 1861.

5 Custer’s Luck (Edward I. Stewart, University of Oklahoma Press): Is there any demonstrably better book on Custer? This gracefully written, meticulously researched and well-documented book was my starting point in writing about Custer for Jay Cooke’s Gamble.