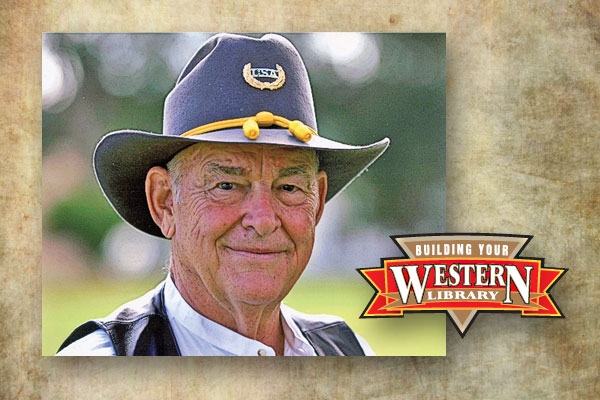 Today, historian Walter Earl Pittman calls his wife’s home state of New Mexico home. A current resident of Roswell, Pittman is Southern by birth (a native of Mississippi), but like the men he has chronicled in his latest book, Rebels in the Rockies: Confederate Irregular Warfare in the Western Territories (McFarland), he is well traveled and has called many places home.

The son of a career naval officer, Pittman spent much of his youth moving, before he followed in his father’s footsteps to college and into the military. But, instead of continuing to wear a uniform, he found his calling as a professor. During his 40-year career he has published over 80 articles, mostly on the history of science and technology, and two other books, including New Mexico and the Civil War (History Press). Not one to slow down, Pittman is currently very involved with the Lincoln County Historical Society and is working on a military history of the U.S. Army in New Mexico.

He recommends these five classic books about the Civil War in the West.

1 The Sand Creek Massacre (Stan Hoig, University of Oklahoma Press): Hoig’s book, a dramatic survey of the West during the Civil War, centers on the Indian wars of the Plains, culminating in the infamous Sand Creek Massacre of the Cheyenne in 1864. Significantly, he first pointed out the murder of five Confederate prisoners by Col. John Chivington en route to Sand Creek.

3 Rebels on the Rio Grande: The Civil War Journal of A.B. Peticolas (Don E. Alberts, ed., University of New Mexico Press): Peticolas was a cavalryman in the abortive Confederate 1861-62 invasion of New Mexico. He was also a cool, observant participant, a lawyer, who was also a skilled painter. Serving later with a small unit recruited in New Mexico, fighting in Louisiana and used as “special forces,” he painted incredible action watercolors that are in his memoir.

4 Noted Guerrillas, Or the Warfare of the Border (John M. Edwards, Bryan, Bryan, Co.): Edwards’ 1877 masterpiece remains the best source of information on Quantrill, the Missouri Rebel Guerrillas and their connections with the Texas and Colorado Rebels. He was one. Often derided for exaggeration and his pro-Southern attitude, Edwards knew and told more about the guerrillas than anyone else could.