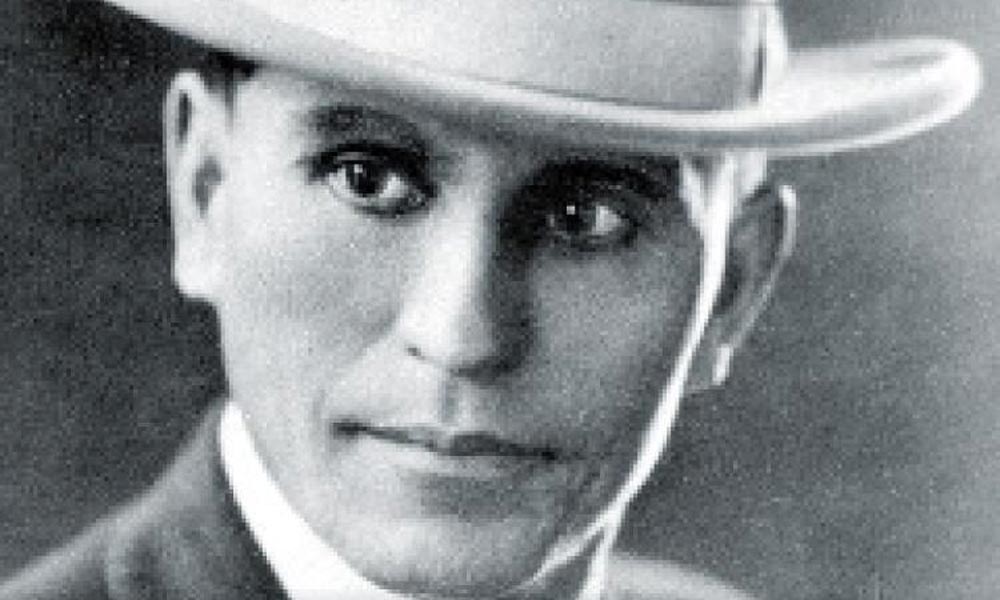 If I had to pick an outlaw who literally “rode tall in the saddle,” I would have to go with Indian Territory Cherokee outlaw, Henry Starr, who at 6’7″ was literally tall in the saddle. His long outlaw career began in 1891 selling whiskey to Indians.  Before long he graduated to stealing horses. His next level of outlaw hierarchy, banks and trains. He allegedly robbed 21 banks in a nearly 30-year career. Over half of that time was spent behind bars. Still he managed to rob more banks than Jesse James.

His first job was a train depot in 1892 after which he shot and killed a deputy U.S. marshal in cold blood.  Turns out it was the only man Starr killed in his long criminal career. The gang went on a rampage robbing two banks a train and railroad depot in a three-month period.  Henry was captured in Colorado and sent back to Fort Smith where Federal Judge Isaac Parker sentenced him to hang.

As the famous “hanging judge” glared down at him from the bench Henry shouted, “Don’t try to stare me down, I’ve looked many a better man than you in the eye.  Save your wind for your next victim. If I am a monster, you are a fiend, for I have only put one man to death, while you have slaughtered many with your jawbone.”

Starr commenced a series of appeals, managed to beat the hangman and got 15 years behind bars.  While he was sitting in a Fort Smith jail the notorious Cherokee Bill made a break. Before the violence got out of hand Henry managed to talk him into surrendering.

Henry’s action earned him a pardon from President Theodore Roosevelt in 1903.  But Henry couldn’t go straight. Another series of robberies in Colorado put him back behind bars until 1913.

After his release, Henry collected what was left of his gang and on March 27th, 1915 rode into Stroud, Oklahoma and robbed two banks at the same time, a feat the James-Younger boys never tried and the Dalton Gang tried and failed badly.

There’s an interesting sidebar to the Stroud caper. The famous (or infamous) lawman Bill Tilghman was filming the “Passing of the Oklahoma Outlaws” in 1915 on location nearby when they got word that Henry was holding up two banks in Stroud. In their quest for a reality show the film crew packed their gear and headed there hoping to film a real bank robbery but they got there too late to film the action.

Henry was shot in the leg during the robbery, captured and sentenced to 25 years however he seemed to mend his ways and was paroled four years later. He went to Hollywood and starred as himself in a silent movie “A Debtor to the Law” about how crime doesn’t pay.

In 1920 he decided to see if he could and make it pay, robbing two banks in Oklahoma.  Then on February 22nd 1921, Henry and three pals, driving a Model T Ford, tried to rob a bank in Harrison, Arkansas. The banker W. J. Meyers opened up with a shotgun mortally wounding Starr. His three friends fled in the Tin Lizzie.

Although some credit Henry and his pals as the first bank robbers to use a car for his getaway, that honor goes to two California  bank robbers fled in their auto in a 1909 robbery in Santa Clara.