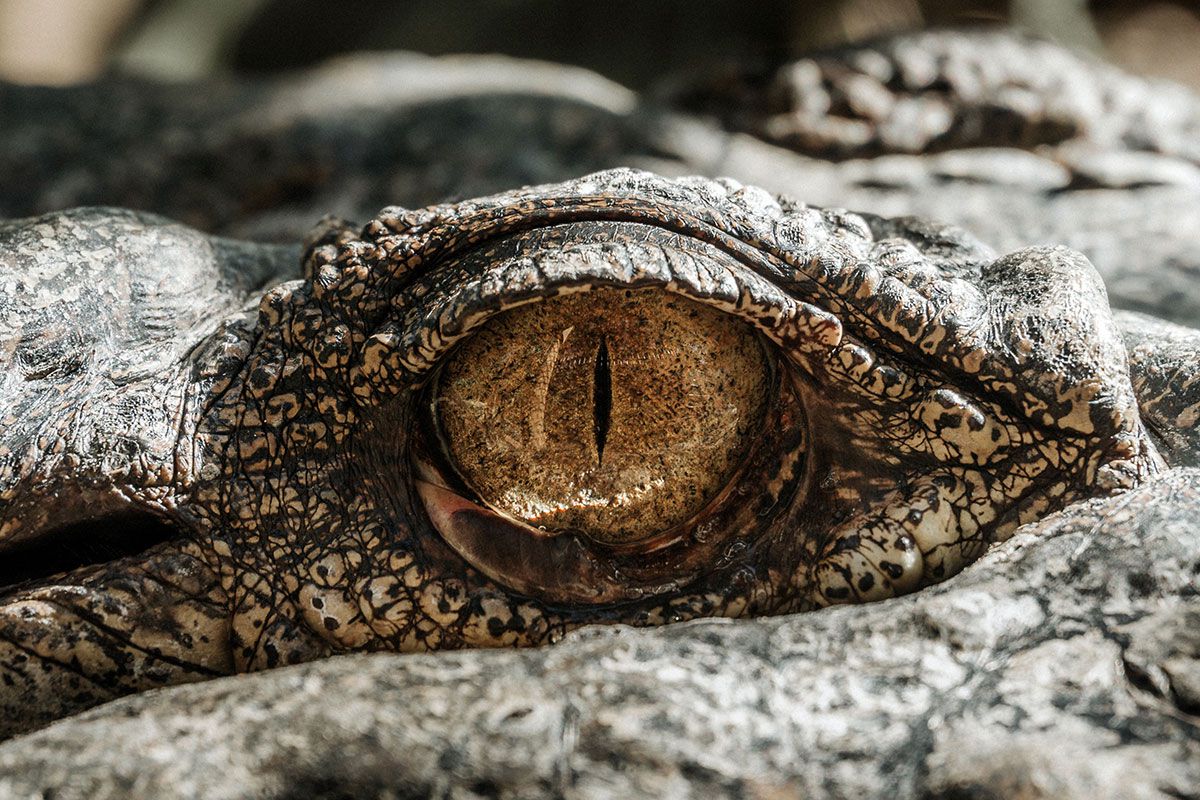 Arizona is well-known for its diverse wildlife but one wouldn’t expect to meet up with an alligator up on the remote Colorado Plateau but it happened north of the Grand Canyon in 2005.

A 10-ft. 300 lb. alligator lived on the Arizona Strip between the Utah border and the North Rim of the Grand Canyon at Parashant National Monument.  The reptile had been seen so rarely that many considered it a myth. The gator had been left there by his owner in 1986 when he sold the land.

It was decided somebody should go up there and capture that critter before he sank his teeth into some unsuspecting hiker who wanted to cool his feet in the pond.

The BLM put up a sign: “Danger: Alligator. Do not approach it. Do not let your children swim with it.  Do not leave your pets unattended by the bank.”

On July 12, 2005, Johnson returned to capture the animal they named “Pakoon” Clem. Isolated up there for 20 years, he was pretty testy.

First, they threw a loop around his jaws then a towel over its head so it couldn’t see, then one jumped on its neck, pushing its head down and getting a choke hold.  Another jumped its back and grabed a front leg and lifted it off the ground. At the same time two others jumped on the torso to add weight and keep him from rolling.  Another jumped on the tail and grabbed a rear leg. Then came the rodeo. After the gator wore himself out duct tape was wrapped around between its snout. Then it was carried to a waiting trailer, lined with wet carpet and hauled to Phoenix.

People buy them for pets when the gator gets too large to manage they dump them in lakes. One can kill a child in a second.

You see, an alligator doesn’t know the difference between a kid and a pork chop.