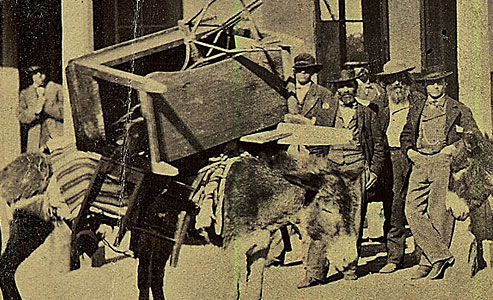 “For many, the words ‘Wild West’ bring to mind the geography and lore of the trans-Mississippi United States during the late 1800s,” writes Michael Wallis, in his 2011 book, The Wild West: 365 Days.

“Although it is true that the thirty-five years between the close of the Civil War and the end of the nineteenth century saw many of the best-known events, as well as the most romanticized individuals associated with the West, the real origins of Wild West culture began long before the Civil War….”

To  provide a photographic glimpse of Westerners in those early days, we selected rare photos featured in Wallis’s tome, with the help of our publisher emeritus, Robert G. McCubbin, who served as pictures editor for the book. Before the “Free States” and the “Slave States” began clashing in 1861, these folks helped drive the engine of economic prosperity out West.

The Wild West: 365 Days, by Michael Wallis and Suzanne Fitzgerald Wallis, examines events between 1830 and 1930 to provide a more complete picture of the West. Featured here are vignettes adapted from the book. Purchase your copy of Wallis’s book at AbramsBooks.com, MichaelWallis.com or at your local bookstore.