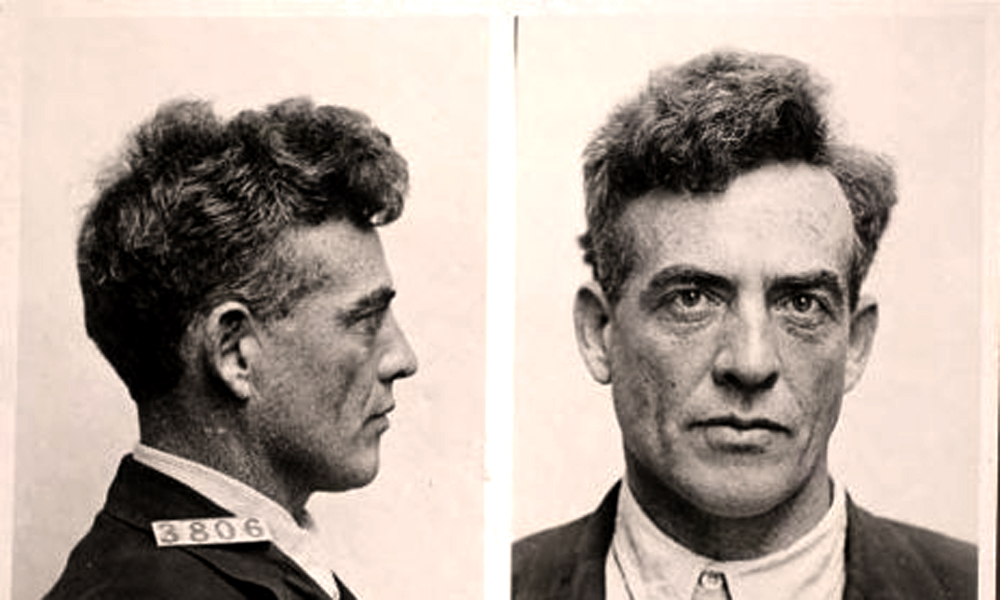 It’s been said the Lone Wolf Bandit stole more than $350,000 but perhaps he should be better-remembered as the “Houdini of Escape Artists.”

Newspapers dubbed him the “Smiling Bandit,” and “King of the Escape Artists.” Roy Gardner was more of a throwback to the train robbers of the Old West. His entrance into the world of crime other than petty theft began as a gunrunner during the Mexican Revolution. He lost his money from gambling so he turned to robbery. His first holdup was in 1920 when he robbed a mail truck in San Diego. He pulled the job without a hitch but like a lot of outlaws his escape plan fizzled and he was caught three days later. He was convicted and given a 25-year term at the McNeil Island Federal Penitentiary near Tacoma, Washington.

On the train ride to McNeil he and two other prisoners jumped their guards and escaped. A few months later he boarded the mail car of a Southern Pacific train and absconded with $187,000. Two days later he was arrested while playing cards in a pool hall. Hoping to reduce his long sentence he offered to lead lawmen to the stashed loot. He was given an additional 25 years after having a change of heart; he said, “I guess I must have forgotten where I buried that money.”

On his way to McNeil once again under heavy guard Gardner jumped the train again, this time near Portland. A hotel clerk recognized him soon after and this time hooked him up with shackles and chains. On McNeil Island surrounded by notorious tidal currents and freezing water it was supposed to be escape-proof but less than three months later the artful dodger escaped again, this time at a prison baseball game. While the guards were distracted by a long hit, Gardner and two others crawled through a hole in the fence and ran for a nearby pasture as bullets began to fly. One of the escapees was shot dead and the other was stopped by a bullet in the leg but Gardner was gone again. He hid in the woods while boats were secured and the guards combed the beaches to no avail.

Gardner laid low for a couple of months until the Southern Pacific was stopped again at Maricopa, Arizona. The mail clerk thought the robber looked a lot like Gardner. A few days later he attempted to hold up another train in Phoenix but this time he was overpowered by the mail clerk. Now he was headed for Fort Leavenworth. He attempted to escape once but failed and was given twenty months in solitary. He came out of the hole a broken man and ended up in an insane asylum followed by a trip to Alcatraz Island.

Gardner was finally released in 1939, a tired, worn old man, his Lone Wolf Bandit reputation all but forgotten. He published an autobiography, Hellcatraz and a movie based on his life, I Stole a Billion, came out in 1939. On January 10th, 1940 he locked himself in a hotel room and committed suicide.

Legends persist that he stashed $16,000 in gold coin in a volcanic crater near Flagstaff, Arizona. Gardner was a lone wolf bandit, had no partners and not enough “free” time to spend the loot begs the question, where did he hide the rest of it?

If you’re thinking about looking for the volcanic crater I have to warn you there are hundreds of them in the area.