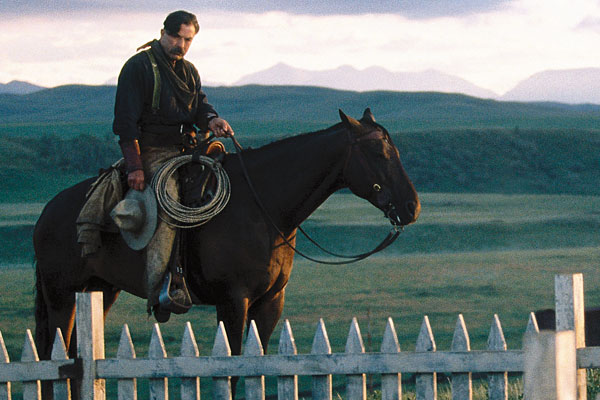 Jerry Croft can be a stubborn cuss. Growing up in Michigan, he decided he was going to be a cowboy. There was just one problem.

Everybody told him there weren’t any more cowboys. But he had to find out for himself; so after high school he headed to Arizona and b’golly, there were still cowboys there and he was determined to become one.

He learned fast and from the best. Pretty soon he was working the famous Babbitt Ranch in Flagstaff, running rough string horses when that ranch had good bucking horses. He also broke horses for Charley Dees, a well-known horse trainer in Scottsdale, and he ran wild cows out of Wikieup and Yucca.

One summer when he got restless, he ventured up to the Grand Canyon, where he shod mules and guided tourists. He also spent some time with the Fred Harvey Company, breaking horses and conducting tours in Death Valley.

About this time, he met the love of his life, Duffy. Pretty soon they got married, and it wasn’t too long before they had a son. That’s when they decided they needed a place to call home.

Jerry had always been good with leather and carving, so when he heard about a saddle-making school in Whitewood, South Dakota, he and his family were packed up and on their way in a flash. He loved creating saddles, and it wasn’t too long before Jerry and Duffy bought a saddle shop in nearby Belle Fourche. His goal was simple. He wanted to build the very best saddles for customers around the world.

He’s currently finishing up some saddles and bearskin chaps for his old friend Tom Selleck. So far, Jerry’s made carefully researched saddles and tack for five Selleck Westerns.

His custom-built saddles start around $2,500 and with all the custom work, tooling, lacing and such, they can run up to $4,000. His catalog is just the starting point for creating a Croft’s Custom Saddle. Folks stop by his cozy log home and studio workshop outside of Deadwood, South Dakota, or just call and tell him what they’re looking for.

A couple of years ago, Jerry and Duffy bought some buffalo stock, and today they have about 50 head for breeding purposes—so Croft’s Saddlery is now Croft’s Tepee Creek Buffalo Ranch and Saddlery. His place is on Tepee Creek Lane just off South Dakota Highway 385, below Deadwood. Duffy keeps a coffee pot hot nearly round the clock, so stop on in.

Bob Willis has carried his cameras to more than 80 countries on every continent, has crossed the Atlantic more than 300 times and has recently settled down to learn everything there is to know about the West.