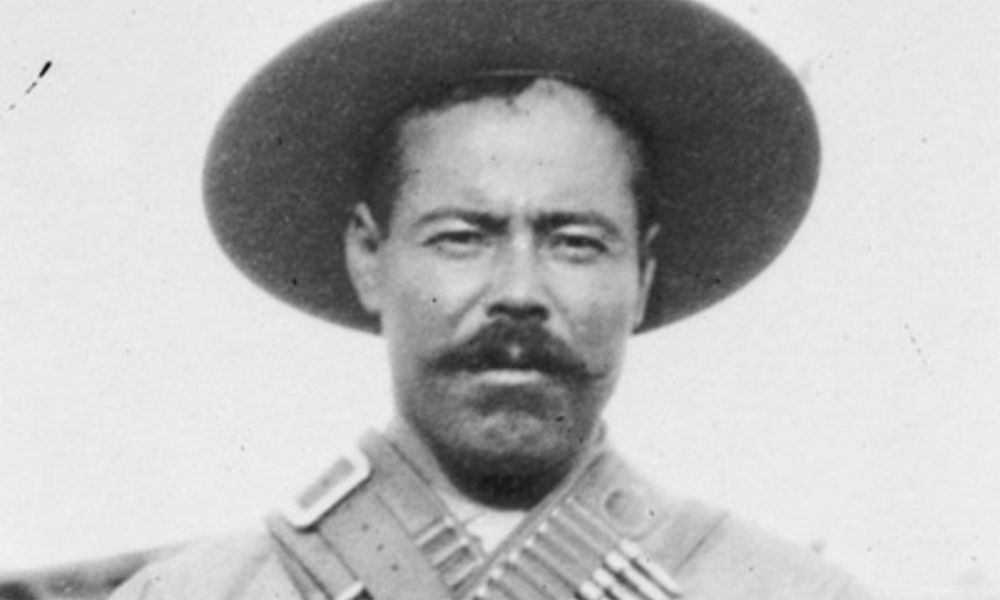 A bright orange glow spread across the eastern New Mexico horizon on the morning of March 9th, 1916.  The sleepy border town of Columbus was slowly coming to life.  In the pre-dawn, the first group of Mexican soldiers cut through the barbed wire and crossed quietly into the United States. They began moving towards the little town of Columbus, three miles to the north.

About a mile from the slumbering town, General Francisco “Pancho” Villa divided his five hundred raiders into two columns.  One set out for the U.S. Army post at Camp Furlong, while the other went forward to strike the town of Columbus.

Shouting “Mata los gringos!”—“Death to the whites!” the Villistas stormed the town, shooting civilians in cold blood as they ran out of their homes to see what all the commotion was about.  Bullets were flying in all directions, breaking windows as the pistoleros rode up and down the streets. The wooden buildings of the business district were looted and then set on fire.  Any home with its lights on was fired upon.

At nearby Camp Furlong, the Mexicans encountered stiff resistance from the American troops, who quickly recovered from the surprise attack and opened fire with rifles and shotguns.  The fire from the town lit the sky and made the Mexicans easy targets for the Americans.  One group ran into a kitchen and was met by angry cooks, who doused them with boiling water.  At the stables, soldiers attacked the raiders with pitchforks.  Next, the Americans opened fire with machine guns, causing the Villistas to retreat to the border.    Villa’s bravos lost nearly 140 men in the fight while killing 17 Americans.  It marked the last time the continental U.S. has ever been attacked by soldiers from a foreign nation.

Who was this enigma of a man called Pancho Villa? He is claimed by many to be the greatest military genius in Mexican history and by others, second only to Santa Anna, as Mexico’s greatest scoundrel?  He was a man of unpredictable anger and violence, which usually burst forth because of revenge, indignation, or his insatiable lust for women. Some compare him to Attila the Hun and Genghis Khan, while others adore him as a national folk hero.

What drove Villa to attack the powerful United States with his small band of soldados?  He had many admirers in the U.S. who saw him as America’s best friend among those who were fighting for power in the Mexican Revolution which was raging at the time.  Was Germany backing his play?  Did he do it merely to keep his soldados busy?  Did he want the vast stores of military weapons, especially the machine guns, kept at Camp Furlong? Was it to get revenge against some American arms dealers who’d reneged on a deal? Did he do it to improve his stature and become a hero to those in Mexico who despised the U.S.?  Was he taking revenge on the U.S. for aiding his enemies in Mexico?  Or, did he do it to involve the U.S. in the revolution and show his bitter political rival, Venustiano Carranza, was incapable of ruling Mexico? Was it pure bravado?  Some claimed he was hired by American interests in Mexico who felt an American invasion would protect their business interests. His motives remain as much a mystery as the man himself.