There’s an enduring legend in Arizona that says the Army Corps of Topographical Engineers surveying the new boundary westward were supposed to make a beeline for the Sea of Cortez. At the town of Nogales, they got roaring drunk and before leaving asked the bartender where the next saloon was located. He pointed in a northwesterly direction towards Yuma. So the surveyor’s changed course and headed to that way, depriving Arizona of a seaport on the Sea of Cortez, a.k.a. the Gulf of California.

Great story, but it ain’t true. Nogales didn’t exist at the time. Mexico had recently lost more than half the republic and with the exception of perennial el Presidente, Antonio Lopez de Santa Anna, most Mexicans weren’t in the mood to part with any more land. However, Santa Anna needed money to maintain his shaky regime and would have been willing to sell.

Between the tumultuous years, 1833 to 1855 Santa Anna was president of the Republic eleven times. 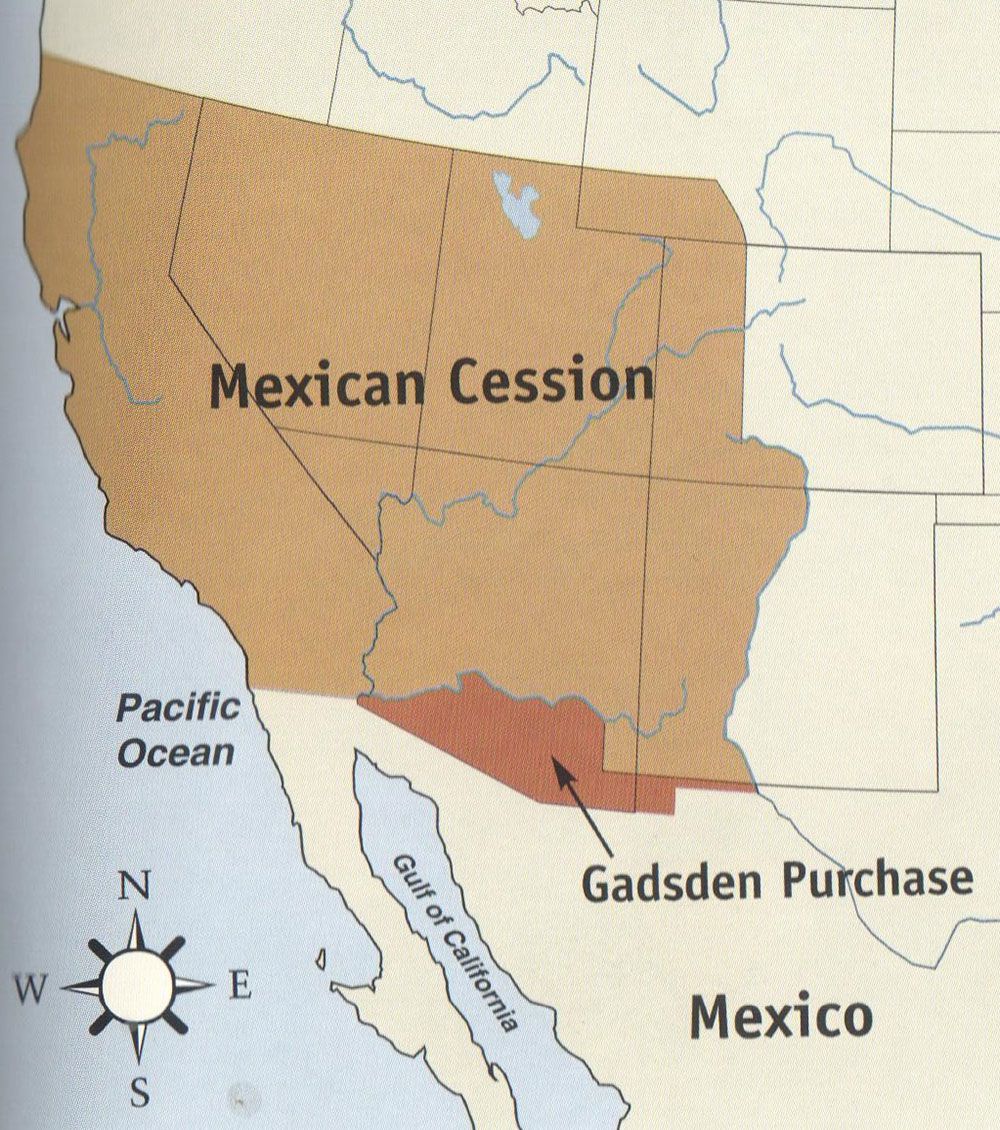 James Gadsden, Minister to Mexico, had five proposals, the largest would have purchased most of northern Mexico for $50 million. Santa Ana was ready to deal but on October 15th, 1853 a fillabustero (land pirate) from Tennessee named William Walker and his 45-man army invaded Baja California where he set up his own republic, The Republic of Lower California.  His scheme was thwarted and he retreated back to California where he was put on trial for violation of the Neutrality Act of 1794. It took a jury just eight minutes to acquit him. The Mexicans were up in arms over the incident and refused to sell any more land. The Gadsden Treaty, ratified in 1854, purchased only 29,670 for $10 million. A cost of 53 cents an acre.

The line still might have gone due west to the Sea of Cortez and the New Mexico Territory, the future Arizona, would have acquired but Mexico didn’t want to lose a land route to the Baja. Juan Almonte, the highly-skilled Mexican diplomat, worked with influential U.S. Senators to provide a land bridge. Alamonte was a former general and member of the Counsel of Notables. He was adamantly opposed to selling any more Mexican lands other than enough for the U.S. to build a transcontinental railroad along the 32nd Parallel. There had been parity in the United States between the free and slavery states. Northerners feared the acquisition of more land below the Mason-Dixon Line would change that by adding more slave states so Northern congressmen worked with Alamonte to accomplish what is known as the Gadsden Purchase.