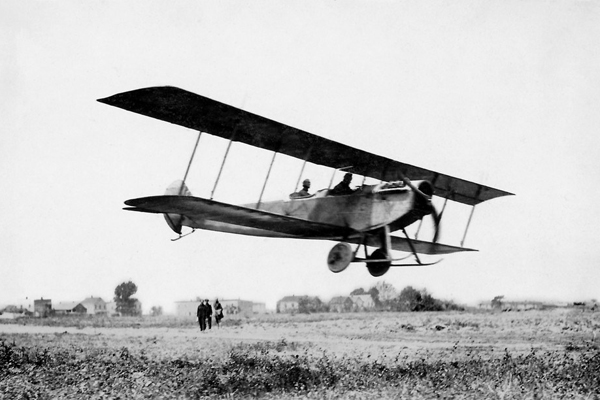 Those daring men in their flying machines also flew over the enemy trenches tossing homemade bombs. They scored very few hits and seemed to do little more than annoy the troops on the ground.

In May, 1913 Charlie Ford of Douglas flew his homemade plane across the border at Agua Prieta and dropped homemade bombs on a railroad trestle. It’s considered one of the first aerial bombing acts by an airplane in history.

It’s believed the first aerial combat in history took place in the blue skies south of Bisbee over Naco, Sonora.  That occurred when Dean Lamb hired by Pancho Villa and Phil Roder who was in the employ of the federales. Their planes had no guns so the pair emptied their six-shooters at each other in the skies high over Naco. Neither side scored a hit in the action.

At one point Pancho Villa tried unsuccessfully to organize his own air force. His young Mexican recruits were gathered to observe the landing techniques of Ed Parsons, an American hired to train them. After witnessing Parsons make a bumpy crash landing on a rocky field the entire class of would-be pilots fled the scene. Villa’s “Air Force” never got off the ground.