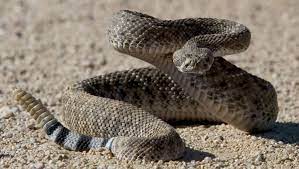 How did people treat snake bites before anti-venoms?

A common treatment was the ubiquitous cure-all, whiskey, but alcohol only speeds up distribution and absorption of snake venom. Another was the cut and suck. Neither is recommended today. Neither are tourniquets. Still another was to cauterize the wound by putting some gunpowder on the wound and lighting it.

Physical measures such as ligature or suction were thus common to expel venom or limit its circulation. It’s not recommended today either. Another remedy, and perhaps the best, was pouring ammonia on the wound. Mustard poultices sought to counteract its ill effects in the body, often by stimulating heart function and blood flow. I would still go with these if anti-venom wasn’t available.

Last but not least, the victim could hope for a “dry” bite or the snake didn’t plan on eating the victim and withheld a full dose of venom.

One of my college students got such a bite a few years ago. He went to a doctor and got a tetanus shot. He enjoyed telling war stories about his snakebite and showing it to friends but in time the wound disappeared and people believed he was making the whole thing up.