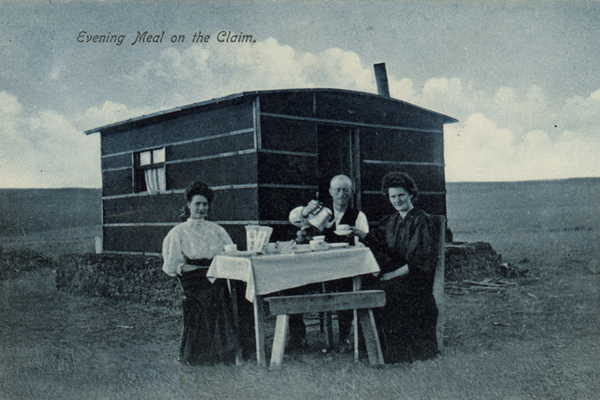 U.S. Army troops have been chowing down on chili since the 1846 war with Mexico.

But the army’s official chili recipe was not published until 1896 in its The Manual for Army Cooks, says John Thorne, chili scholar and e-zine publisher at outlawcook.com. Labeled “Chile Con Carne,” the recipe calls for round beefsteak, one tablespoonful of hot dripping, two tablespoonfuls of rice, two large, dry red peppers, one cup of boiling water, a half pint of boiling water and salt, onions and flour. The time hadn’t yet come for garlic and tomatoes to be added to the mix.

The recipe continues: “Cut steak in small pieces. Put in a frying pan with hot dripping, hot water, and rice. Cover closely and cook slowly until tender. Remove seeds and part of veins from peppers. Cover with one-half pint boiling water and let them stand until cool. Then squeeze them in the hand until the water is thick and red. If not thick enough add a little flour. Season with salt and a little onion, if desired. Pour sauce on meat and serve very hot.”

Chili was on the frontier long before the Army took hold of it. So much lore surrounds the dish that its origin is debatable. From Sister Mary of Agreda, a Spanish nun in the 1600s, who supposedly wrote down the first recipe for chili con carne, to the Chili Queens mentioned in a 1927 issue of Frontier Times (a sister publication of True West). These Chili Queens fed the Spanish Army before they were moved to Market Square in 1887. “Every class of people in every station of life patronized them in the old days…. A big plate of chili and beans, with a tortilla on the side, cost a dime. A Mexican bootblack and a silk-hatted tourist would line up and eat side by side, [each] unconscious or oblivious of the other,” wrote Frank H. Bushick, San Antonio Commissioner of Taxation.

Taste of Tombstone author Sherry Monahan gives us the chili recipe that puts her back in the Western frame of mind while at home in North Carolina. “I read old chili recipes from various places and decided to come up with my own to capture the essence of the Southwest. Using spices from the Santa Cruz Spice Company in Tubac, Arizona, makes it even more authentic!” says Sherry, about her recipe included at right.

Wherever it originated, chili has long been a staple of the frontier. Humorist Will Rogers likely spoke for many when he called it a “bowl of blessedness.”

Speaking of bowls, no delicacy is complete without serving it up using the latest table settings and cooking accessories. Spice up your “mess hall” with some of the Old West kitchen wares shown on the following pages.