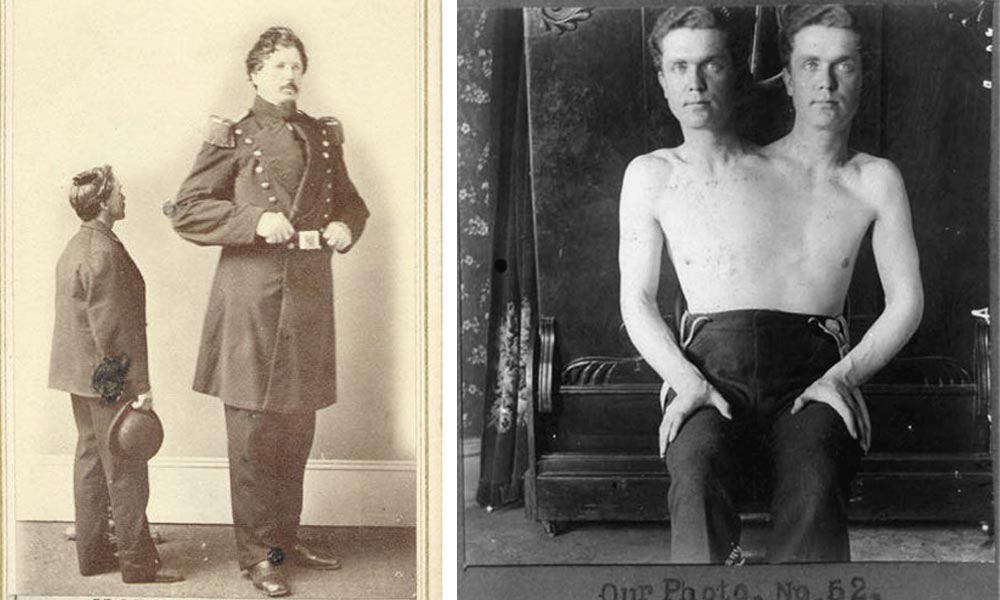 The 1800s are notable for its fascination with exhibits and strange things. And it didn’t lack promoters or hucksters who would take anyone’s pennies for the privilege of seeing something new or strange.

In “The Writer’s Guide to Everyday Life in the 1800s,” author Marc McCutcheon assembled a list of “traveling exhibits and amusements” that give us an insight into what was hot in that century. Here’s a sampling;
–1802, ventriloquism act.
–1807, exhibition of phantasmagoria apparatus (a machine that showed a fantastic series of images seen in a dream or called up by the imagination.)
–1809, exhibition of woman born without hands, who “embroidered flowers and cut watch papers and other fancy pieces,” presumably with her toes.
–1816, exhibitions of elephants and tigers.
–1817, “The Temple of Industry,” a panorama of 36 workers engaged in their occupations (it was a large, illuminated box with scenes that passed by on rollers.)
–1818, exhibition of a kaleidoscope. Also, an exhibition of an albino woman with “silky white hair and pink eyes.”
–1820, exhibition of a buffalo. Also a caravan of a lion, llama and ocelot. Furthermore, an exhibition of two camels.
–1821, exhibition of glass blowing.
–1824, a mermaid “the lower part of a codskin stuffed and neatly connected with the breast and head of a baboon.”
–1831, exhibition of Siamese twins.
–1838, a balloon ascension.
–1840, a giant from Belgium named M. Bihin.
–1843, a man just 25 inches tall named Tom Thumb Jr.