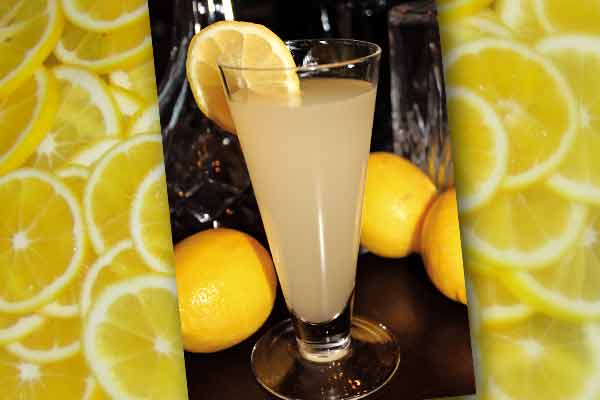 Ginger beer is the favorite drink in all parts of the country for use in harvest time, and is probably the very best for such use.

Ginger beer, pop or ale was quite popular in the Victorian West and originated in England a century before; tavern keepers supplied customers with ground ginger to sprinkle on top of their beer and stir it in with a red hot poker, so as to aid digestion. It started to fall out of favor by the late 19th century as concerned citizens forced the Prohibition issue. A non-alcoholic version replaced it, and the beer was sold at Fourth of July celebrations, bakeries and saloons all over the West.

Who knew ginger ale could get the best of a man? It’s true—imbiber E.S. Park of Denver tried to shoot out the stars in front of city hall on New Year’s Eve in 1893. He rang in the New Year in jail.

Ginger beer, bitters and tonics all qualified as temperance drinks, a work-around for beverages known to be spirituous. In 1887, The American Druggist magazine released staggering statistics on the amount of alcohol found in temperance drinks. Baker’s Stomach Bitters had 42.6 percent alcohol, while Sherry Wine Bitters had 47.5 percent.

In 1885, Judge Julius Schuetze recalled his ginger pop experiences in Seguin, Texas: “The good old days when the Texas farmer came to town on a Saturday afternoon…with his wife and children…the entire party adjourned to the bakery on the square, where they all indulged in hilarious drafts of ginger pop moistened with cake, or vice versa, and part, to return no more. Thirty years ago there were no beer saloons in Texas…. Those who were really suffering the pangs of thirst, either startled their internal structure with a vile temperance drench of ginger beer, or pop, or they alleviated their sufferings by taking whiskey straight.”

The judge also noted, “Every town had its ginger beer emporium, which was simultaneously a bakery.”

With gingerbread among the world’s first cookies, a baker utilizing its ginger to sell in beverages makes sense. San Diego, San Francisco and Denver had bakeries that sold “ginger pop.” The L. Winter & Brother bakery in San Diego advertised its bakery was “…prepared to furnish a superior quality of Ginger Pop.”

Making Ginger Beer at home is so simple. Because it’s brewed and fermented, unlike the carbonated ginger ale made from water and ginger, you’ll notice ginger beer tastes more gingery. According to the papers of the day, drinking some settled the stomach, stimulated the brain and made you mellow. Happy imbibing!

Place the ginger, sugar, lemon and cream of tartar in a large stock pot with three cups of water and bring to a boil over high heat. Reduce the heat and let it simmer for five minutes. Add six cups of cold water and sprinkle the yeast over the mixture. Stir. Cover the pan with a lid,
and place it in a cool place overnight.

The next day, sterilize plastic bottles in hot, soapy water. Rinse them and set aside. (Use plastic bottles because the fermenting can build up pressure and explode glass ones.) Filter the liquid through a sieve into each bottle. Leave three inches at the top, to allow for gas build-up. Attach the lids tightly and leave bottles in a cool place. Check every few hours, unscrewing the cap a little as the pressure builds up, to allow the gases to escape. Refrigerate and open the bottle daily for pressure release.

The ginger beer is ready to drink when fizzy, which will be within 12-36 hours, depending on the temperature.