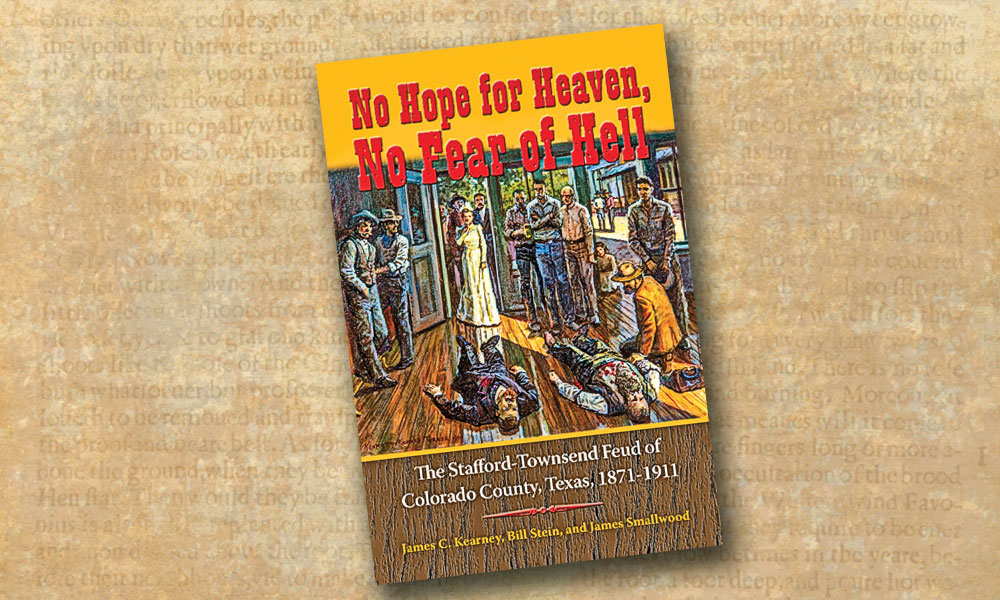 The last major Texas feud has been explored in No Hope For Heaven, No Fear of Hell by James C. Kearney, Bill Stein and James Smallwood (University of North Texas Press, $29.95). The sanguinary grudge fest pitted the Townsends and the Staffords—two powerful Columbus, Texas, families who wanted to maintain or expand their influence.

The trouble began with a shootout in 1871, followed 19 years later with the killing of the Stafford brothers. Another eight years went by before Larkin Hope became the feud’s latest victim. The violence did not end until 1911, 40 years after the feud began, with three more shooting deaths.

This book began with research by the late Columbus librarian Bill Stein, followed
by work by Smallwood, who also later
died. Finally, Kearney brought the project to completion with this well-researched, well-written study.