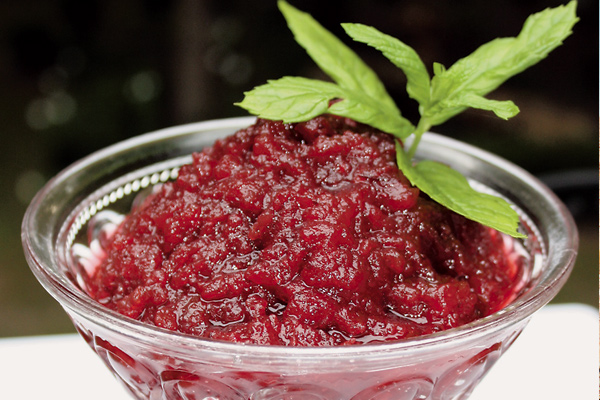 “This is Thanksgiving, which is celebrated by us by partaking of a dinner of wild ducks roasted, stewed quails, mince pie and a very fine watermelon just picked from the vines, all of which we heartily enjoyed.”

Wait, watermelon for Thanksgiving? Seems that’s what California Gold Rush merchant Stephen Chapin David recalled. Another Forty-Niner, Alfred T. Jackson, recalled his 1850 Thanksgiving: “All we did was to lay off and eat quail stew and dried apple pie.”

While many associate the first Thanksgiving as taking place at Plymouth Rock in 1621, Texans claim Spanish explorer Juan de Oñate celebrated it in April 1598. After running out of food and water, and being forced to seek out scarce desert vegetation, the 400-person expedition saw the Rio Grande as its salvation. Gaspar Perez de Villagrá wrote, “We built a great bonfire and roasted the meat and fish, and then all sat down to a repast the like of which we had never enjoyed before. We were happy that our trials were over….”

Elizabeth Le Breton Gunn lived in Sonora, Mexico, with her family from 1851-61. Despite not being in the U.S., she celebrated Thanksgiving. “I baked six pumpkin and two cranberry pies on Wednesday. The berries came from Oregon and were good, but small…. I put currants in the pumpkin pies and they were very nice, but not like yours, because I cannot afford the milk and eggs and our hens do not lay now. I also made a boiled bread pudding with raisins in it. On Thanksgiving Day I baked a ‘rooster pie,’ and Lewis and the children said it
was delightful.”

In 1863, the year Abraham Lincoln made Thanksgiving a national holiday, newspapers all over the West contained ads for Thanksgiving balls, suppers and other celebratory events. The mercantile stores placed ads weeks in advance, like in the Arkansas Daily Republican, “Fifteen days to Thanksgiving day. Prepare your turkeys and cranberry sauce.”

One Nebraska merchant used Thanksgiving to sell his merchandise. In 1875 the Daily Nebraska Press ran this ad, “The Governor’s Thanksgiving Proclamation reminds us that turkeys are a good thing to have—so are pictures from Howard’s.”

Menu items from restaurants to home tables included many of the traditional favorites we still enjoy today—fare such as turkey, cranberry sauce and mince, apple and pumpkin pies.

Even the prisoners at San Quentin celebrated Thanksgiving. Their 1877 gala at the California prison, decorated with flags, flowers and evergreen, began with a ball the night before, where they entertained by playing violins, guitars, an accordion and a banjo. Since the crowd was male only, four of the prisoners dressed in borrowed female attire for the dances. Thanksgiving dinner consisted of roasted mutton, roasted pork, apples, peas, pies and cakes.

While it’s not fancy, cranberry sauce is traditional and super easy to make, as you’ll see in the shared 1890 recipe.