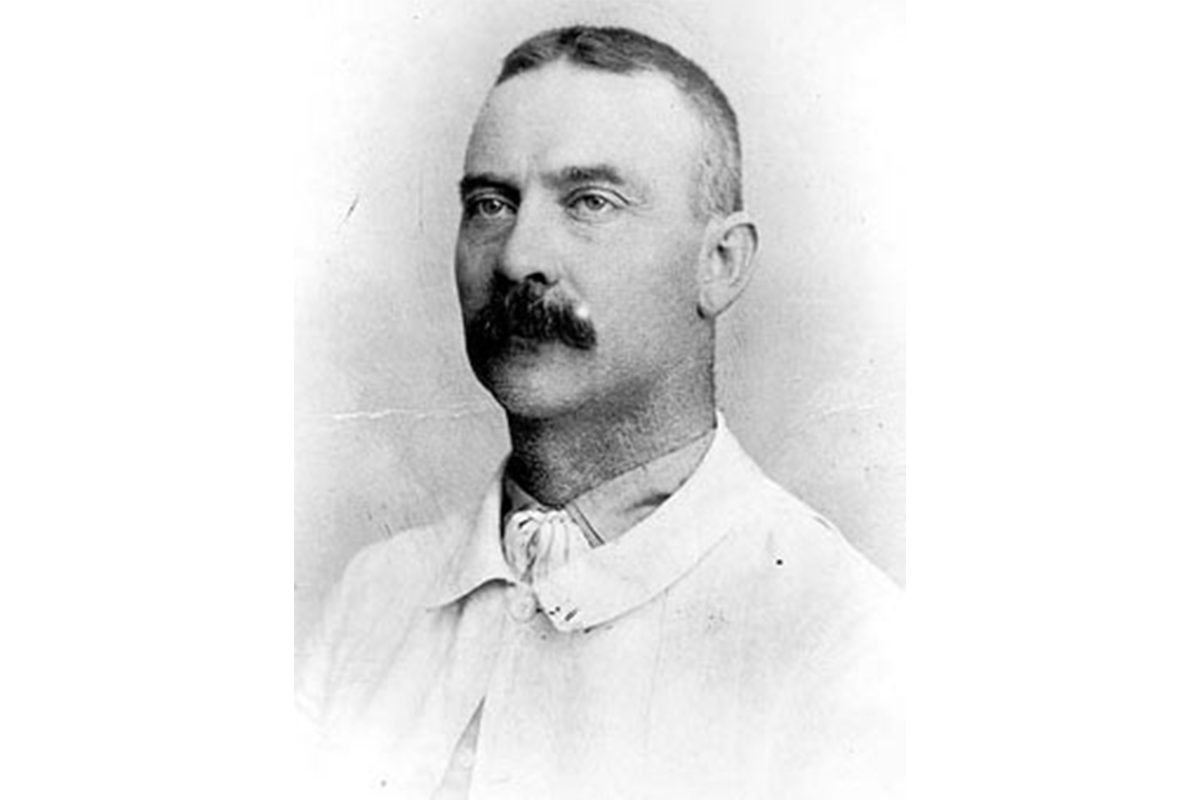 Dr. George Goodfellow of Tombstone is best-remembered today as the “Gunshot Physician.” He patched up outlaws like Curly Bill Brocius, doctored the wounded Virgil and Morgan Earp after the Gunfight at OK Corral. When the mortally wounded Billy Clanton asked to have his boots removed so he could “die with his boots off,” Doc Goodfellow obliged.

Afterwards, Ike Clanton, whose big mouth started the fracas and ran away when the shooting began, leaving his brother Billy to die, filed murder charges against the Earp brothers and Doc Holliday. Several Cow-boys testified the McLaury brothers and Billy Clanton had their arms raised when they were shot down. Goodfellow reviewed Dr. H.M. Mathews autopsy report and testified Billy Clanton could have not had his arms raised when he was shot. The testimony helped prove the Earp’s and Holliday had acted in self-defense.

Two months later on December 28th, 1881 when town marshal, Virgil was ambushed by several avenging-cowboys Goodfellow was called to treat him and on March 18th, 1882 when Morgan was assassinated while playing pool in Hatch’s Saloon, Goodfellow treated him but with his experience treating abdominal wounds he knew Morgan wouldn’t survive.

Doc Goodfellow was a physician well ahead of his time. His pioneering work in the treatment of abdominal wounds, specifically those caused by gunshots, as well as his recognition of the significance of sterile technique at a time when much of the medical establishment had not yet accepted it as a surgical necessity. His mandatory laparotomy became and remains the standard of care for managing patients with penetrating abdominal trauma.

Doc Goodfellow is fondly remembered in Sonora, Mexico as “El Doctor Santo,” The Sainted One. On the afternoon of May 3rd, 1887 in northwestern Mexico a devastating earthquake with an estimated magnitude of 7.6 hit near the little town of Bavispe, destroying most of the houses killing 42 of the town’s 700 residents. It is the only historical earthquake to cause considerable damage in southeast Arizona. It also caused moderate to severe damage in southwestern New Mexico, northeastern Sonora, northwestern Chihuahua and western Texas.

Doc Goodfellow loaded his buggy with medical supplies and set out to Bavispe where he tended the injured.

Doc Goodfellow returned to Bavispe twice to do a scientific study on the quake. Later, the United States Geological Service praised his “remarkable and creditable” report, describing it as “systematic, conscientious, and thorough.” The earthquake was at the time the “longest recorded normal-fault surface rupture in historic time.” His report was later described as an “outstanding study” and a “pioneering achievement.”

This is but one of the great accomplishments by the amazing physician; he performed the nation’s first perineal proctectomy to remove an enlarged prostate and Arizona’s second appendectomy. He wrote articles on the treatment of gunshot wounds that were published nationally. Outside the field of medicine, in an emergency he could drive a steam locomotive as well as any engineer or crawl down a smoke-filled shaft to rescue trapped miners. During the Spanish-American War in 1898, Goodfellow, who was fluent in Spanish, negotiated the surrender of Spanish forces at Santiago, Cuba. The Spanish General, Jose Toral credited the doctor for talking him into surrendering. Goodfellow, in turn, attributed it to a bottle of Ol’ John Barleycorn that he kept in his medical kit which he prescribed to himself and the general, “lending to a more convivial atmosphere to the conference.”

The Origin of Anesthetic Surgery

Chloroform was used on Britain’s Queen Victoria when she gave birth to Prince Leopold in 1853 & Princess Beatrice in 1857.