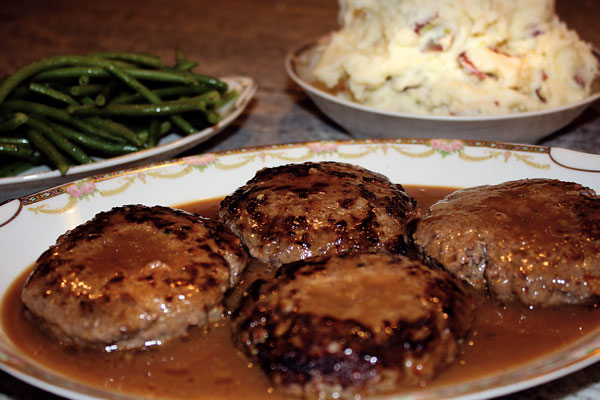 Nothing says the American West better than the word beef. The beef craze of the 1860s-80s inspired pioneers to create new recipes. The cattle trade forged paths like the Chisholm Trail and brought about barbed wire, an increased number of railways and farmers experimenting with cattle breeds.

It also brought range wars, thievery and murder. But sometimes the cow itself offered the biggest surprise.

In 1871, a butcher in Corvallis, Oregon, got more than he bargained for when he butchered a cow. When B.T. Taylor threw the cow’s stomach into a pig pen, he heard a jingle. He opened the stomach and discovered the cow had eaten two pounds of nails, a jack knife, a five-cent piece, a gold watch fob fragment and seven or eight large coat buttons.

A year later, the Daily Republican in Little Rock, Arkansas, ran a story the beef industry no doubt supported: “Now that concerts are all the rage, it may be well for us to give some good advice. If you have a good voice and want to keep it, follow the example of the great singers of the day, and take sardines, baked veals, hot water, champagne, Bordeaux, beer, beef steak, pears, plums, hot tea, rum punch, malt, unleavened bread, bread, lager, lemon, sirup [sic], cold coffee, cigars, snuff, seltzer and milk, prunes, breadcrusts, apples, honey and milk.”

After eating and drinking all that, who would feel like singing?

A rare treat chuckwagon cooks fed their cowhands was son-of-a-gun stew, made when a young calf was killed. Nearly everything from the calf was put into the stew; one cowhand remembered his cookie trying to include something extra. “Next in line was son-of-a-gun stew,” recalled E.L. Murphy, who began cowboying for the Graham Ranch west of Austin, Texas, in 1892, “it was made of everything, but  the hide an’ horns of the critter, but our cheater slipped in a horn at times, so we accused him of it.”

Eem Hurst, whose first ranch outfit was a horse camp run by cattleman C.C. Slaughter’s boys in Coppell, Texas, in 1884, praised his cookie’s mastery of the son-of-a-gun stew: “The portions of each ingredient is [sic] judged by instinct. If you go measuring stuff the stew will sure be spoiled.”

An 1865 Texas cowhand, Albert Erwin, recalled, “Our chuck was composed of beans, meat, sourdough and cornbread and a few canned vegetables. We made and drank black coffee by the gallons. When we had canned vegetables, we broke the chuck monotony with son-of-a-gun stew. Also, during the spring, when we castrated the male yearlings, the chuck monotony would be broken with messes of mountain oysters.”

Beef was prepared in numerous ways: jerky, tea, pickled, stew, broiled steak, soups and even pie, but not ground. Folks did not eat hamburger until the late 1800s. “George Gussner is making a specialty of Hamberger [sic] steak,” reported North Dakota’s Bismarck Daily Tribune in 1889, “and those who appreciate this most palatable and nourishing dish should leave orders at the Gussner market.… This is a new delicacy in the Bismarck meat market, and all who have enjoyed the luxuries of the New York city markets will appreciate Mr. Gussner’s enterprise.”

Prepared as a main course with a sauce, like piquant, hamburger was not served on a bun until the 1890s. Get into the pioneering spirit and make a meal out of hamburger steak.

Mix ingredients well and shape into one-inch-thick flat cakes. Heat oil in a frying pan over medium-high heat.
Add the burgers and cook for four minutes. Turn over and cook for another two minutes for a medium-rare burger. Cover with a lid for more well-done burgers and cook in two-minute increments.

To make the sauce, brown two tablespoons of pan drippings or butter in a saucepan. Add two
teaspoons of flour and cook over medium heat until flour is lightly browned. Add a pint of water or broth and stir
until smooth and thick. Salt and pepper to taste.

Recipe adapted from The Sioux City Journal,
in Iowa, on August 19, 1900