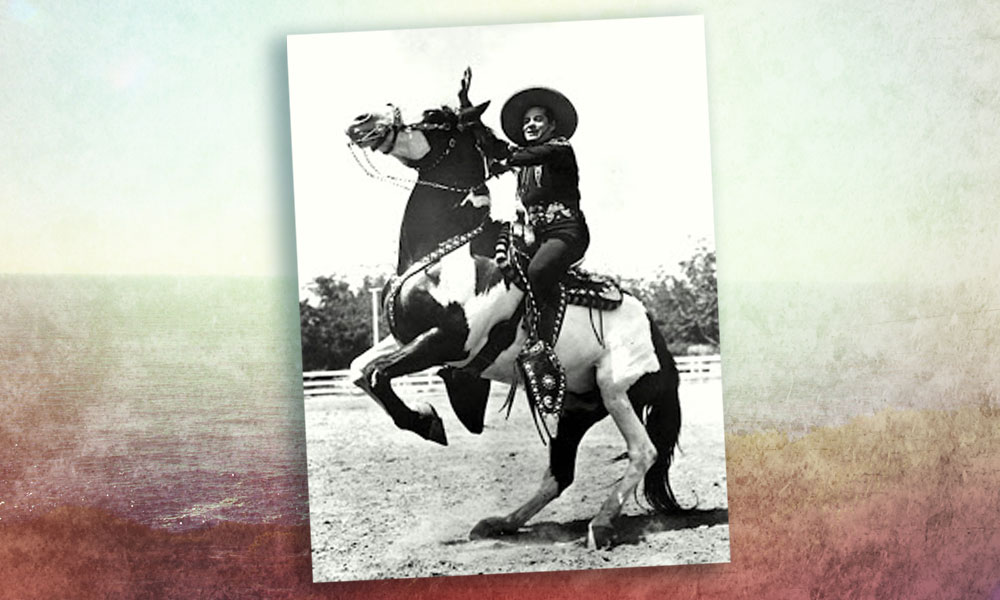 Many people are familiar with writer William Sidney Porter who, using the pen name O. Henry, wrote stories with a twist of the tale including, Gift of the Magi, The Ransom of Red Chief and The Cop and the Anthem, but few know about The Caballero’s Way, where in 1907 he introduced a Mexican bandit called “The Cisco Kid.” This desperado kills for sport with 18 murders to his credit. His girlfriend Tonia both loves and fears him but she also falls in love with a Texas Ranger. She believes she’ll have a better life with the ranger so they make plans to kill Cisco. She will send him a message to him the next time Cisco comes to call the ranger will wait outside the house and when Cisco appears the outlaw will die at the hand of the ranger. Cisco discovers the two lovers and overhears them discussing the scheme and plots his revenge.

Tonia sends a messenger to alert the Ranger telling him Cisco is coming tonight and will be leaving her house at dawn.

By coercing Tonia to exchange clothes with him, Cisco got his revenge without having to lay a hand on his unfaithful lover.

Because Mexican-Americans were greatly offended by their stereotyped portrayal in the movies as “bad guys,” the Cisco Kid was cleaned up and turned into a role model, depicted on radio and movies as a dashing caballero.

Cisco’s character was modeled after Miguel de Cervantes’ Don Quixote with his sidekick Pancho, the incarnate of Sancho Panza.

But wait there’s more. Fast forward a few years and Shel Silverstein follows O. Henry’s storyline and writes a song titled Pour Me Another Tequila Sheila, a song that became a big hit for Bobby Bare.