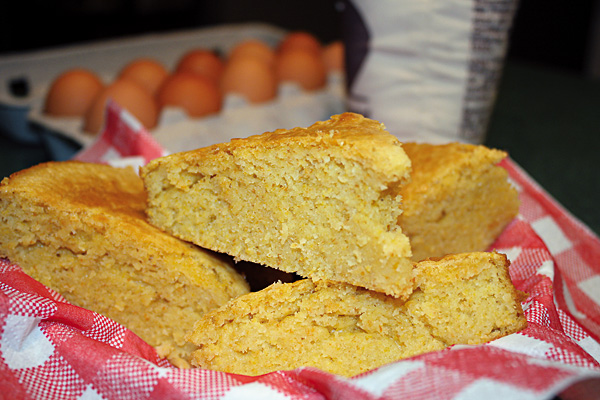 “It was pretty tough in those times,” Mrs. Bell Mattison recalled about her years in Fillmore County, Nebraska, after she moved there with her family in 1868. “My mother had died, and my father had re-married.

We had an awful hard time. We had corn meal one year, corn meal gravy, corn meal porridge, corn meal mixed with soda and water, and baked corn meal roasted and  boiled for coffee, and it was that way about a year. There just wasn’t a speck of anything to eat unless it was a big old jackrabbit.”

Yet corn was not just for mealtimes. Western pioneers also turned it into multifunctional household products. They used the cob and husks to make syrup, and to serve as toilet paper and as firewood. “In the winter we burned corn stalks…to keep warm,” remembered Mrs. John Donnelly, an Irish lass who had moved to Sutton, Nebraska, in 1871.

They even used it to make toys; Mrs. Mattison had once owned a “corn cob doll—a corn cob with a rag wrapped around it.”

Corn also provided the means for employment. Texan Neal Watts remembered planting corn as an 11 year old in 1870: “My first job was planting corn by hand, and I received 25¢ per acre for the work. The land was marked off in rows, and I would step about two feet, punch a hole with the heel of my boot, drop two kernels and then kick dirt with the toe of my boot to cover the seed. The field I planted was about 10 acres, and I was engaged a week doing the planting.”

Corn wasn’t just a necessity for humans—livestock needed it as well.  Pioneers and farmers who owned chickens, pigs and cows also relied on dried corn to get them through the winters on the frontier.

Recalling his days as a ranch hand at Rankin Cattle Ranch headquartered in  Tarkio, Missouri, Dave Hoffman commented on just how much corn the cattle consumed: “Almost all the Texas range cattle shied away from the corn when it was placed before them at first…the corn was placed in racks built in long rows and fed twice a day. I judge that about 200,000 bushels of corn was fed during the period of a year to the stock on each unit of the Rankin ranch.”

Back in the kitchen, some pioneers mashed their corn into corn whiskey. “The customs for the proper welcome of a visitor was to offer a helping of liquor,” recalled James Childers, born in 1857 and raised in Arkansas before he took on cattle ranch work in the Indian Territory.

Cornmeal was a food staple in almost every pioneer’s home. It was eaten at breakfast as corn griddle cakes and corn mush, and boiled for coffee. Corn bread (or corn cake) was eaten with just about any meal, and it even served as a school lunch.

The first school Ben Jenkins attended, after moving to Texas with his family in 1862, was the Billie Walker place in Waco. In this 16-by-18-foot log cabin schoolhouse, with one door, no windows and a fireplace for heat, he and the other children sat on split logs, with no desks. “Our lunches consisted of a slice of corn bread, a piece of bacon and a teacup of molasses,” he recalled. “In place of paper bags we packed them in a two-gallon bucket.”

You can pack corn cake in your lunch bucket too by creating this corny recipe from 1899.