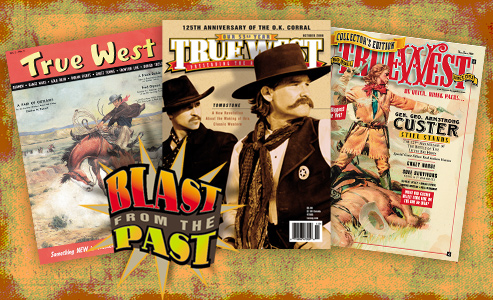 Joe Small followed a hunch. Every time he ran a letter about Old West badmen in his Sporting Magazine, his mailbox would bulge with responses, so he decided to create a new magazine that told the truth about the history of the American frontier.

His first issue hit the newsstands in April 1953. The magazine took a while to catch on with readers, but when it did, it really took off.

we love and telling the truth about it, warts and all.

To get started, here is an overview of the first 60 years, told in pictures and snippets lifted directly from the pages of the magazine.