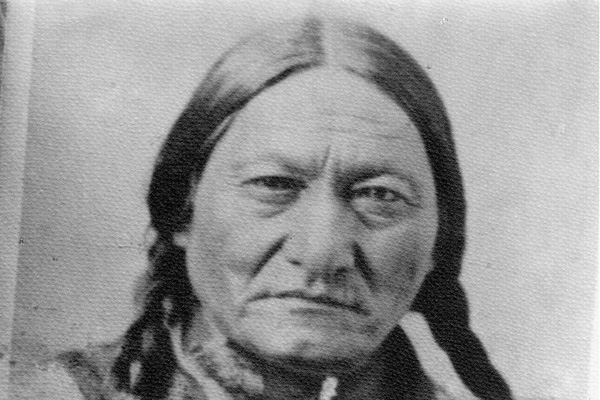 The 125th anniversary of Lieutenant Colonel George A. Custer’s defeat on the dusty slopes above the Little Big Horn River brings to mind that it is also the anniversary of the start of the Great Sioux War of 1876.

Custer’s fall was but one episode, although a singular one, indeed. The Great Sioux War was the largest U.S. Army-Indian war in American history, occurring over 18 months from March, 1876, to September, 1877. It involved the seven subtribes of the Teton, or Western Sioux, and their allies, the Northern Cheyennes.

Government and commercial interest in designated Sioux and Cheyenne areas forced the conflict. In 1873, the Northern Pacific Railroad survey parties penetrated the Yellowstone country of eastern Montana—hunting grounds provided to the tribesmen at Fort Laramie. Sioux tribesmen led there by Sitting Bull, and other chiefs who had refused to recognize the treaty, repeatedly attacked the army escort led by Custer. In 1874, Custer’s government expedition received orders to determine the potential gold yield in the Black Hills of western Dakota Territory. This action was similarly viewed by the Indians as a violation of the Fort Laramie Treaty. Ultimately, gold discoveries there provoked a rush by whites onto the treaty lands (1875-76). The government decided to force the issue demanding that all of the Teton Sioux—including the free roamers in Montana hunting lands and those who periodically left the reservation to be with them—move to the Dakota reservation by January 31, 1876, or soldiers would be sent to forcibly drive them there. Because of winter conditions, most of the Indians did not get word. Few responded. The deadline came and went, and the War Department directed the army to go after the tribesmen. The principal officers charged with strategizing the prosecution of the Indians were Commanding General William T. Sherman, in Washington, D.C. and his subordinate, Lieutenant General Philip H. Sheridan, commander of the Military Division of the Missouri with offices in Chicago, Illinois.

Under the administration of Sherman and Sheridan, during the next one and a half years the army fielded 9 separate expeditions, large and small, against the Indians which produced 10 major army-Indian encounters and various minor clashes involving warriors, citizens, and soldiers. The first of the primary engagements occurred on March 17, 1876 when a column from Brigadier General George Crook’s Big Horn  Expedition led by Joseph J. Reynolds struck a village of Northern Cheyennes under Chief Old Bear along the Powder River in southeastern Montana. The troops, consisting of 400 soldiers of the Second and Third Cavalry regiments led by Colonel Joseph J. Reynolds, believed that they had attacked a camp of Ogalala Sioux under Crazy Horse.

The wronged Northern Cheyennes believed that they were now targeted by the army, and soon joined enthusiastically with the Sioux in subsequent fighting. Reynolds’ error in attacking the Powder River camp effectively magnified the problems that the army field command confronted thereafter. Moreover, news of the Reynolds fight reached the Dakota and Nebraska agencies, creating mistrust among the Sioux who lived there which caused many to break away and join their kin in the spring.

While Crook’s march and battle continued at the Rosebud (Battle of the Rosebud, June 17), Gibbon’s and Terry’s commands had met along the Yellowstone. Hearing nothing from Crook, they proceeded to plan based on information that placed the Indians in Little Big Horn Valley, one stream west of Rosebud Creek. Accordingly, at Terry’s direction, on June 22, Colonel Custer departed the at the mouth of the Rosebud and eventually moved toward the Little Big Horn. The encampment, located at a popular summer rendezvous where tribesmen hunted and religious ceremonies were practiced, comprised about 8,000 people, including as many as 2,500 warriors. In fact, one of the largest assemblages of Indians in the history of the West had gathered there. On June 25, three days after leaving the mouth of the Rosebud, Custer’s Crow and Arikara scouts sighted the Indian village. Custer determined to attack it despite the fact that most army assaults on Indian encampments normally took place at dawn while the village occupants were asleep. At the Little Big Horn, Custer applied the time-honored army procedure, but executed it in the middle of the day against tribesmen who were awake and fully alert. Custer’s ill-timed venture triggered the largest engagement of the Great Sioux War. It also brought resounding defeat for Custer and the nearly 700 men of the Seventh Cavalry—a momentous victory for the Sioux and Cheyennes.

The devastating army loss at the Little Big Horn plagued the military hierarchy in the following weeks. The implication for Crook was that, by marching to meet his command (Terry, Gibbon and Custer)  instead of falling back into Wyoming following his defeat on the Rosebud, his presence would somehow have changed Custer’s catastrophic loss at the Little Big Horn. After Little Big Horn, the Indians broke into small groups and scattered, many heading south toward the Big Horn  Mountains, with others moving east toward the reservation.

Both the subsequent Big Horn Mountain and Warbonnet encounters did much to raise the morale of the soldiers in the aftermath of the Little Big Horn. In early August, Crook, now reinforced with additional cavalry and infantry, finally resumed his offensive and marched back into Montana to meet Terry and Gibbon. Together, the unwieldy command lumbered about the wilderness without effect until August 31, when Crook pulled away from the others and started trailing some of the Indians into Dakota Territory. Depleted of rations,  the general ordered his troops to eat horsemeat from several played-out cavalry mounts that had to be shot along the trail during this so-called “Starvation March.”

On September 7, fearing for his men ’s survival, Crook sent 150 Third Cavalrymen under the direction of Captain Anson Mills on a run to the Black Hills for food and supplies. Two days later, Mills’ men stumbled upon a small village of Sioux and Cheyennes near Slim Buttes (present-day northwestern South Dakota) within the boundary of the Sioux reservation. Executing the classic Indian wars tactic, Mills surrounded the camp in the darkness of September 9, and at dawn rushed in on the sleeping occupants. About 20 men, women and children, including a chief named American Horse, sought refuge in a ravine overgrown with trees and thicket.

Crook appeared at midday and his men surrounded the ravine opening up a fierce barrage of gunfire until finally the surviving occupants agreed to surrender. American Horse, badly wounded, appeared holding his intestines. He died that night. Of certain significance, the sacked village disclosed evidence of the Indians’ victory in the Custer fight. Among the spoils found were army saddles and accoutrements, the gauntlets of one of Custer’s dead officers and a Seventh Cavalry guidon. Following the encounter, Crook’s men continued south en route to Camp Robinson, Nebraska. There Crook ended the Big Horn and Yellowstone Expedition.

General Terry and Colonel Gibbon, in accordance with a design formulated by General Sheridan, ordered the Fifth and Twenty-second Infantry regiments to remain at the mouth of the Tongue River on the Yellowstone and build a cantonment, thereby impressing the Indians with the government’s resolve to permanently secure the area. Colonel Nelson A. Miles headed this endeavor, and although he was only to build and occupy the new post, he planned a proactive agenda to seek out the tribesmen in the winter when their ponies were weak and the tribe was largely immobile. His campaigning began in October after parties of Sitting Bull’s Sioux attacked a wagon train near Spring Creek that was bringing supplies to the cantonment from the lower Yellowstone. The Fifth Infantrymen chased the Sioux down to the Yellowstone, but failed to catch Sitting Bull who managed to get away with his immediate followers. On October 27, several hundred Lakotas submitted to Miles and surrendered along the Yellowstone.

Colonel Miles continued his pursuit of Sitting Bull in November, however, returned to the canton-ment, by way of the Missouri, without finding the Sioux. The other component, headed by First Lieutenant Frank D. Baldwin, met success. On December 7, at Bark Creek, Baldwin’s men fought the rearguard of Sitting Bull’s warriors as they crossed the Missouri River. Within months, Sitting Bull led his followers into Canada.

Meantime, Generals Terry and Crook, at Sheridan’s direction, proceeded to dismount and disarm the Indians at the Sioux agencies. In November Crook sent Colonel Ranald S. Mackenzie at once with 750 troops of the Second, Third, Fourth, and Fifth Cavalry regiments, along with 350 Pawnee, Shoshoni, and Sioux scouts in a nighttime maneuver to locate  a major village of Northern Cheyennes under Chiefs Dull Knife (Morning Star) and Little Wolf in the Big Horn Mountains. At dawn on November 25, five months to the day after Custer’s defeat, Mackenzie’s troops stormed in killing some 40 Cheyennes. Mackenzie’s destruction was complete. The impoverished surviving tribesmen led their families through drifting snows to find relief among Crazy Horse’s people in Montana. Mackenzie’s attack at the Red Fork of Powder River delivered a debilitating blow to the Northern Cheyennes, who lost their  prominence in the war.

At the Tongue River Cantonment, Colonel Miles now turned his attention south, to the Lakotas of Crazy Horse—the group originally targeted by Crook’s recent movement. On January 7, 1877, Miles’ scouts engaged warriors in front of the command, and on the next morning the soldiers awoke to face hundreds of Sioux and Cheyenne warriors (including some refugees from Dull Knife’s village) streaming out from beyond the snowy cliffs and ridges of the upper Tongue River Valley. The fighting lasted several hours. Finally, after an important medicine man named Big Crow died, the Sioux and Cheyennes pulled away, just as a blizzard swept in to obscure the landscape. Coming as it did in the dead of winter, the Battle of Wolf Mountains rattled the confidence of the Indians to continue. With game scarce, their ponies starving and with few prospects of gaining renewable resources such as weapons and ammunition, the Lakota Cheyenne coalition began to unravel altogether.

Several peace initiatives followed the Wolf Mountains contest, and by springtime 1877, groups of tribesmen from Crazy Horse’s and Dull Knife’s villages started toward the Red Cloud and Spotted Tail agencies in Nebraska, or to agencies along the Missouri River in Dakota Territory. Yet one body of Sioux, a group of Minneconjous under a chief named Lame Deer, refused to yield. In early May, Miles led forth another expedition from the cantonment with the purpose of forcing the chief’s submission. On the May 7, a dawn attack on Lame Deer’s village resulted in the last major engagement in the Great Sioux War.

Over the next three months, Miles’ command patrolled the Yellowstone and Powder River wilderness looking for the scattered refugees from Lame Deer’s camp. On July 4, scouts from Lazelle’s command opened a brief action with 15 Sioux near the big bend of the Little Missouri River, forcing the Indians to scatter. This minor engagement of the Little Missouri Expedition was the Sioux’s last gasp. The remnants of the former Indian alliance ultimately surrendered at the Dakota agencies or joined Sitting Bull in Canada, where they remained until surrendering at Fort Buford, Dakota in 1881.

Because of the many soldiers killed in the Battle of the Little Big Horn, overall army casualty figures for the Great Sioux War were consequently skewed. Nonetheless, official records indicate that total army losses (killed and wounded) in the various engagements numbered 408— 283 soldiers and scouts killed, 125 wounded. Corresponding figures for the Indians have been difficult to determine but probably numbered approximately 150 killed and 90 wounded in the fighting, with perhaps many more losses among noncombatants. Despite the 18 months of sporadic fighting, it was the Little Big Horn, the largest and most controversial engagement, that captured and maintained the fascination of the American public as it continues to do today, 125 years after the wide-ranging warfare that preceded and followed Custer’s demise in the Great Sioux War.