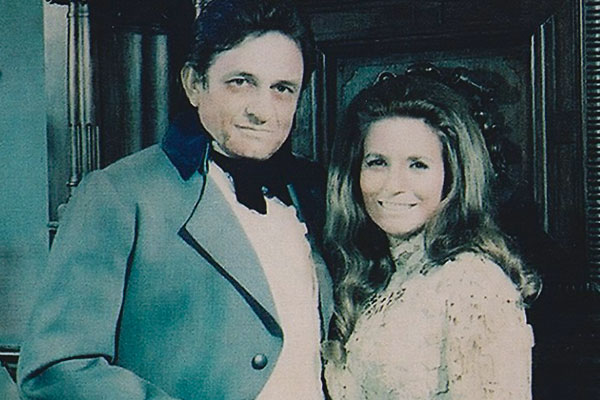 Johnny Cash was the youngest person ever chosen for the Country Music Hall of Fame.

But the man whose concept albums included one dedicated to the spirit of True West magazine and its founder Joe Small will mostly be missed for his voice. Johnny had a “basso-coal-train-rumblin-over-a-shake-trestle-singing style,” wrote music critic Bill Flanagan, and he “talked like a mine caving in on a Good Friday.” When Johnny stepped on the scene, his Country music was stripped of Nashville’s steel guitars, honky-tonk pianos, fiddles and backup singers. His first recordings had “just guitars, simple bass and one voice. But that voice was everything,” Flanagan wrote.

Johnny died in September 2003, four months after his second wife June Carter Cash passed away; his bond with the folk singer was so strong that he actually proposed to her onstage and they were married in 1968. Several years before their deaths, the couple contacted Sotheby’s New York to auction off items from their estate, hoping to reduce any family burden. The auction, held on September 14-16, 2004, totaled almost $4 million, with most items selling much higher than their estimated prices. Johnny’s 1985 Grammy award for the album Class of ’55 was the top-selling item, fetching a bid of $160,000 when it had a $7,000 estimated value. (The album was a reprisal of his “Million Dollar Quartet” days when he sang with Elvis Presley, Carl Perkins and Jerry Lee Lewis.) Most notable among the items was Johnny’s guitar collection.