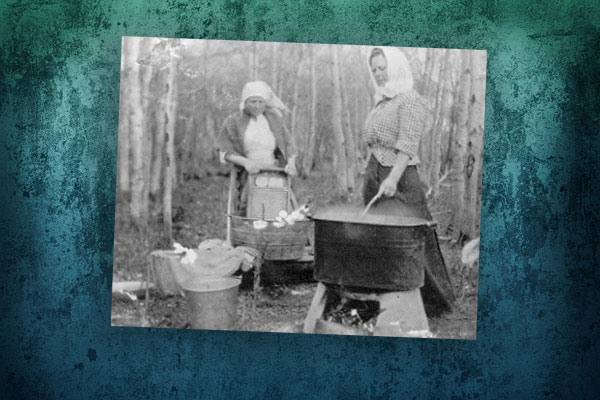 Was laundry day! Sometimes it was Mondays, but more than not, Wednesdays. First, women had to make the lye soap; then they had to haul water, usually from some distance. Then began the eleven-step “receet” for washing clothes, as spelled out in Westering Women by Susan Myres that she quotes with all its original spellings:

5. stur flour in cold water to smooth then thin down with bilin water [for starch.]

7. take white things out of kettle with broom stick handel then rench, blew and starch.

11. go put on a cleen dress, smooth hair with side combs, brew cup of tee, set and rest and rock a spell and count blessings.