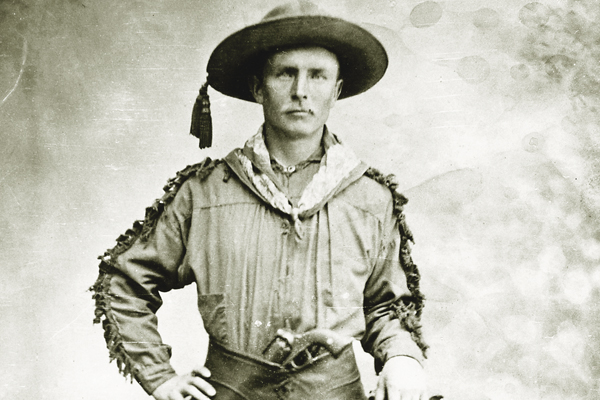 The U.S. Ordnance Department purchased 115,563 Remington .44 caliber percussion six-guns, representing 31 percent of all revolvers purchased by the federal government during the Civil War. Of these, all but 20,000 were purchased between 1862-64—in plenty of time to see lots of fighting. These figures include the Model 1861, or “Old Model” Army revolver, of which only a few thousand were ordered. Many more ’61s were purchased by state governments, private soldiers, officers and others who wanted a reliable, powerful sidearm, which made it the second most popular revolver used during the War Between the States.

In modern times, the revolver is erroneously called the “1858 Remington”—the name given it by the Navy Arms Co. when that firm first introduced this Remington replica in 1960.

Original 1861 New Model Army revolvers had an estimated production run of 122,000 from 1863-75. The ’61 revolvers with an original percussion system and those altered to take metallic cartridges remained popular for some time after the Great Rebellion. Remington’s top strap design added strength to the revolver. The Remington also eliminated a frequent problem found in open-topped revolvers—exploded percussion caps falling rearward into the revolver’s internal workings—because its hammer struck the cap through an opening in the frame. And its rear sight groove along the top strap provided better sighting than that of the simple notched hammer found on other handguns.

The Remington was often the choice of those rough and tumble characters who headed for the wild American frontier, as well as adventurers who roamed the far corners of the globe. Although the Remington was endeared by many outdoorsmen, ironically there were others who scorned it.

The six-shooter’s small cylinder base pin provides a rather tight fit, and after just a few shots have been fired, the carbon buildup from black- powder causes the cylinder to “drag,” which makes it difficult to cock and remove the cylinder pin (for cleaning or replacing an unloaded cylinder with a loaded one).

Despite some controversy, the Remington was a mainstay six-gun of the cap-and-ball era, seeing use by cavalry units, such as the 10th Cavalry’s “Buffalo Soldiers.” Individuals like Lt. Col. George A. Custer and Gen. Grenville Dodge each owned one, and the model was put to work by outlaws Frank and Jesse James. It’s no wonder this caplock six-gun’s design ranks as one of the most popular blackpowder sporting handguns with shooters today, just as it was in the mid-19th century.