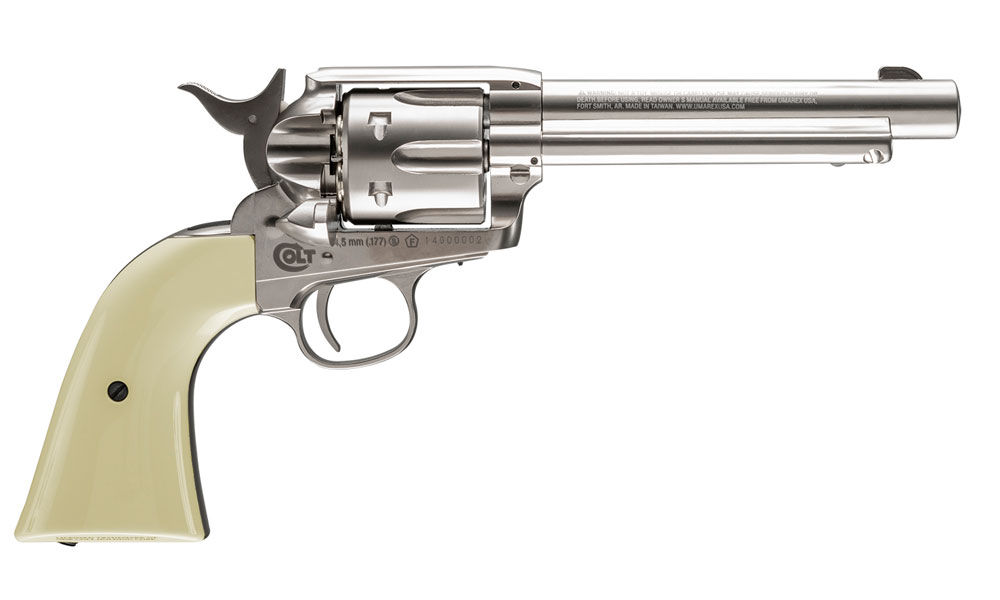 “The Lord made some men big and some men small, but Sam Colt made all men the same size.” -unknown

The instrument that accounted for the widespread appeal of the cowboy was the horse. The horse made the cowboy the “elite of the working class.” The horse was the apparatus upon which the cowboy and the cattle industry depended for survival. Without horses it would have been impossible to gather, rope, brand and drive the millions of cow brutes to market. It was said, “A man afoot ain’t no man at all!” The cowboy’s late-nineteenth century counterpart was a restless breed generally referred to as gunfighters. The gunfighter’s instrument was his six-gun. It manifests his strength and purpose, and like the cowboy without a horse, he was “no man at all” without it.

Although many other makes were used, the Colt single-action six-shooter was the weapon of choice for the gunfighter. In his hands it was both a tool of justice and destruction—“Judge Colt and His Jury of Six.”

The favorite model was the 1873 Peacemaker, or as it was officially called, Colt’s Single Action Army. You could purchase one through a mail-order catalog for just seventeen dollars. Fully loaded, it weighted just three pounds, had a 7 1/2 inch barrel, fired a .45 caliber bullet, was well-balanced, durable and had “more curves ‘en a dance hall girl.” It packed a wallop—two hundred fifty-five grain bullets were propelled by 38 to 40 grains of black powder. Gunfighters usually preferred the shorter 4 3/4 inch barrel. Lawmen sometimes sharpened the knife-blade front sight to “buffalo,” or “pistol whip” a lawbreaker. That was done by gripping the stock and frame and striking an adversary with the gun barrel.

The revolver was designed for close-quarter fighting. An experienced gunman was considered proficient if he could hit what he was aiming at in a distance of fifteen yards.