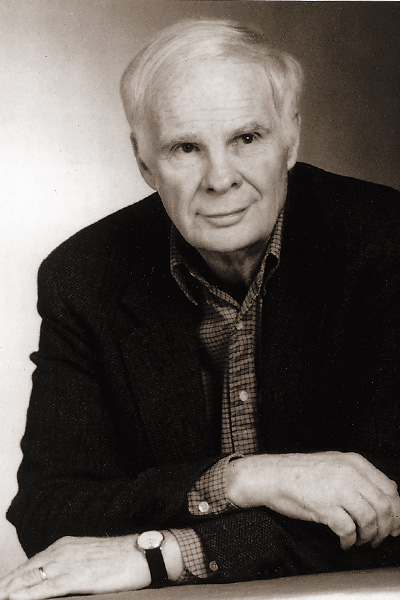 Anyone who can write about mining towns and mountain men with the same passion he puts into tales of the California gold rush or early Oregon must be an adventurer, a loud boisterous individual who likes to attract attention. Or so you’d think.

But Richard S. Wheeler, the West’s foremost historical novelist, is a tall, quiet, unassuming guy who lives in Livingston, Montana, at the edge of the Paradise Valley.

A former newspaper reporter and editor, Wheeler has been a full-time novelist and book editor for the past 20 years, churning out 46 hard-hitting, historical novels that capture the essence of early Western life, complete with cutthroats and villains, heroes and heroines and just plain ordinary folk who face the day-to-day difficulties of settling a raw land.

The twin strengths of Wheeler’s writing are his stories—which are complex and factual—and his characters—who are also complex. These are not the people who win every showdown (and I don’t mean gunfights, for there are few of those in Wheeler’s books, just as there were few in the 1800s). Instead, Wheeler’s characters struggle for their lives, and often their souls.

An example is Mary Kate O’Malley, an Irish emigrant in The Fields of Eden. The stereotype of Irish emigrants shows them as tough and resilient, able to adapt to any circumstance. The reality of Mary Kate is that she is desperately homesick and cannot adapt, no matter how hard her husband, Jim, tries to make a better life for them in Oregon.

Though you may want to shake Mary Kate and tell her to “buck up,” she’s so carefully rendered by Wheeler, you know she’ll never fit that tough image. Yet, her weakness makes her all the more enduring.

Wheeler has also created other enduring characters. Beyond doubt, his best known creation is Barnaby Skye, the primary character in the Skye’s West series. As Wheeler notes, “He’s a deserter from the British navy, having been pressed into service, and he, along with his sharp-tongued and wily Crow wife, Victoria, become gifted mountain people and guides. Skye has a great heart and a keen sense of good and evil.”

Wheeler also likes Bat Masterson. In his mid-60s in Wheeler’s award-winning book, Masterson, the former lawman has become a sports editor, who loves spinning yarns about his early years.

Wheeler’s most traditional  character is Sam Flint, the hero of a frontier newspaper trilogy. “He’s a fighter, has a huge sense of justice, and gets his nose bloodied over and over in his efforts to clean up towns, bring justice to the world, help the downtrodden, and compete against ruthless competition,” Wheeler notes.

This Montana writer has not only created enduring characters and stories, he has also forever branded Western literature with his presence. A four-time winner of the Western Writers of America Spur Award for Fool’s Coach (1989), Sierra (1996), Masterson (2000) and Drum’s Ring (2002), he received the Owen Wister Award for lifelong contributions to the literature of the American West in 2001.

His newest novel, Eclipse, concerns Meriwether Lewis and William Clark after their exploration, and lays out the reasons Lewis died just three years after returning from the West. This fall Forge Books will publish his final Skye’s West novel, Deliverance, and re-release all of his other Skye’s West books.

Wheeler has no plans to end his writing career. As he notes, “Here is an amazing truth: in spite of the thousands of pulp Western paperbacks that have been published, the real story of the West has barely been scratched. There are great stories at every hand, just waiting to be written.”

With a final touch of humility he adds, “It is miraculous to me that people buy my books. I hope I can continue to spin out novels of the endlessly fascinating American West as time goes by.”